Please ensure Javascript is enabled for purposes of website accessibility
Log In Help Join The Motley Fool
Free Article Join Over 1 Million Premium Members And Get More In-Depth Stock Guidance and Research
By Sushree Mohanty – Aug 2, 2020 at 7:06AM

Among these two popular players in the Canadian cannabis space, which is a better option for 2020?

After a disastrous 2019, Aurora Cannabis (ACB 7.44%) is rising from the ashes in 2020. In a string of news this year, Aurora surprised investors with the efforts it is making to recover. Management is focused on achieving positive profitability, and all eyes are on this company now.

Meanwhile, Canopy Growth (CGC 6.29%) is also leaving no stone unturned in its efforts to reduce costs and achieve profitability. It could see exciting growth from its new cannabis derivatives products, which have already received some positive customer reviews. Cannabis derivatives are part of October's "cannabis 2.0" legalization in Canada, which made additional recreational products (think cannabis-infused edibles, beverages, chocolates, vapes, and concentrates) legal. "Cannabis 1.0," in 2018, made cannabis flowers, oils, plants, and seeds legal in Canada.

Both companies are working hard to recover from difficult years in 2019. Are either or both likely to succeed this year? 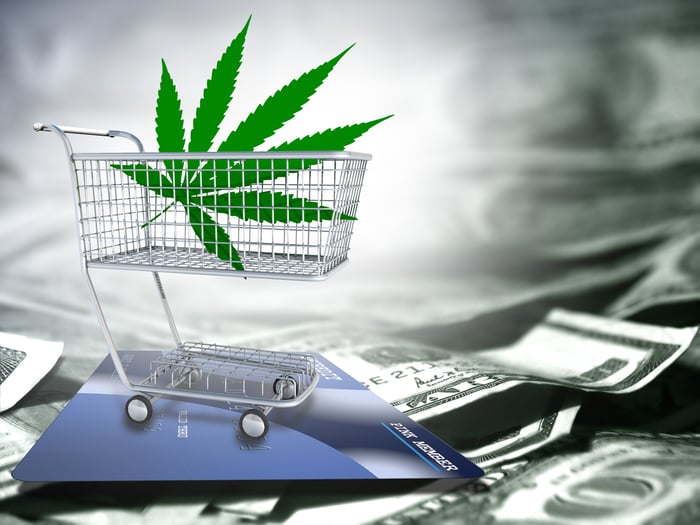 Last year's troubles pulled Aurora's stock down so far that its shares were on the verge of being delisted from the New York Stock Exchange (NYSE). However, quick action using the only option it had (stock dilution) saved the company. Stocks must trade for more than $1 per share to be included on the NYSE; if a stock falls below that level for the duration of a 30-day trading period, it receives a warning notification allowing it time to bring its stock price back up.

Aurora surprised investors with its third-quarter results in May, reporting revenue rising 16% year over year to 75.5 million Canadian dollars. That said, it also reported another quarter of adjusted earnings before interest, taxes, depreciation, and amortization (EBITDA) losses, which reached CA$45.9 million.

It's imperative now that Aurora become profitable. In the Q3 results, management reassured investors that it will achieve positive EBITDA by the first quarter of fiscal 2021, which ends in September this year. The company has made numerous operational changes to cut costs and reduce expenses to be able to achieve the target. Management expects a reduction of its workforce and restructuring changes at the executive leadership level, as well as the closure of five of its small-scale facilities over the next two quarters, will help it focus on productive endeavors.

Canopy Growth has the upper hand

Though Canopy Growth isn't profitable either, its involvement in the cannabis beverage category gives it an edge over Aurora. Canopy, along with its partner Constellation Brands, plans to launch innovative cannabis-infused beverages, which the company believes will attract an entirely new consumer base.

Recently, Canopy announced that it has received positive consumer responses to its THC-infused ready-to-drink cannabis beverages, namely Tweed Houndstooth & Soda and Tweed Bakerstreet & Ginger, launched in March and April. It has also launched two additional beverages, Houseplant Grapefruit and Deep Space, over the past two months. Canopy believes cannabis beverages could be a "game-changer" for the industry and is ready to take advantage of the market. Meanwhile, Aurora has never hinted at any interest in beverage products.

Accounting and professional services association Deloitte has noted that the Canadian cannabis beverage market could generate close to CA$529 million annually. If these estimates prove right, Canopy might have the upper hand here with beverages, while Aurora Cannabis might fail to benefit.

For now, Canopy has grown revenue 15% year over year to CA$107.9 million for its fourth quarter; that metric is up 76% for fiscal 2020. The company's EBITDA losses came in at CA$102 million for the quarter and CA$442 million for the full year.

Canopy has also attempted quite a few steps to reduce costs under the leadership of CEO David Klein. Shutting down operations in South Africa and Lesotho and closing some facilities in Canada, Colombia, and New York will help the company operate under an asset-light approach.

Aurora has time and again failed to live up to expectations, so it's still too soon to know whether it's repeating its mistakes this year. Its fourth-quarter results, due Sept. 25, should give us a better idea of whether any or all of its strategies are working.

The opportunities could continue this year in the Canadian cannabis market, with more legal stores opening in Ontario; the total number of retail locations authorized in the province hit 100 last month. That said, actual store openings could take a while because of the regulatory process.

Both companies could benefit from these new locations, as both were struggling last year in part because of lack of legal stores. Demand and production were never issues for either of these players, as they have each made a brand name for their innovative products. But in Canada, a smaller-than-expected number of legal retail outlets boosted the black market, challenging revenue for producers like Aurora and Canopy.

Though revenue does seem to be rising this year, achieving positive EBITDA remains a task for these two. Overall, however, Canopy remains in a better position financially and has a better chance of making profits, considering the advancement of its cannabis derivatives products this year. 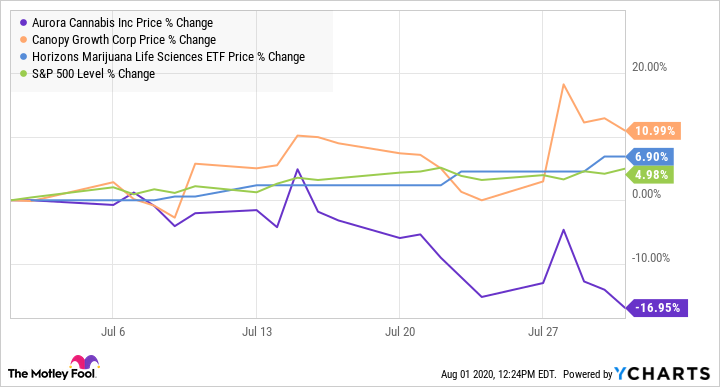 If you are interested in other marijuana stocks besides the popular players, there are at least three other cannabis stocks worth considering for 2020. Between these two big names, however, Canopy Growth would be my choice.