Please ensure Javascript is enabled for purposes of website accessibility
Log In Help Join The Motley Fool
Free Article Join Over 1 Million Premium Members And Get More In-Depth Stock Guidance and Research
By Sushree Mohanty – Jun 30, 2020 at 8:41AM

After an unanticipated third quarter, this pot company is making some hard decisions. Will the efforts pay off?

Once a favorite marijuana stock, Edmonton, Alberta-based Aurora Cannabis (ACB 7.26%) saw its worst days in 2019, with declining revenues, negative profitability, and a sinking leadership team eventually pushing its stock to the verge of being delisted. Its share price fell below $1, which is against the trading compliance of the New York Stock Exchange; it only saved itself via a reverse stock split.

This year, that stock split and its better-than-expected third-quarter results seem to be helping Aurora make a lot of noise. 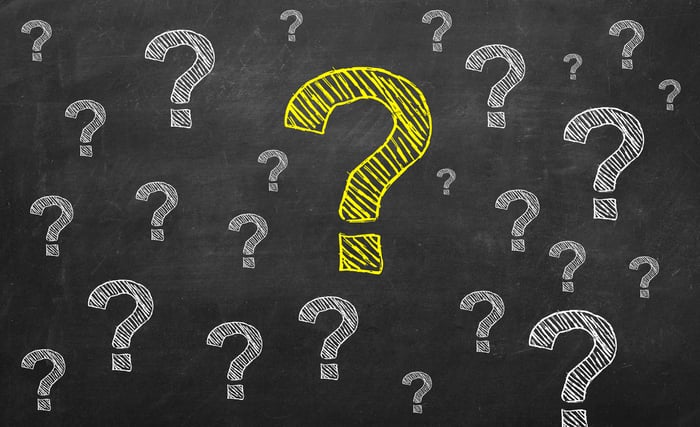 Working its way up

Aurora marked its entry into the U.S. cannabidiol (CBD) market by acquiring hemp-derived CBD company Reliva in May.  Aurora's entry could give Canopy Growth (CGC 22.15%) tough competition in the U.S. CBD market; the latter company has already launched various cannabis-infused beverages with the help of its partnership with Constellation Brands.

Despite impressing investors with those numbers, Aurora failed to achieve positive earnings before interest, tax, depreciation, and amortization (EBITDA) in the third quarter. That said, during the third-quarter earnings call, management assured investors that they were working to reduce selling, general, and administrative (SG&A) expenses and hit positive EBITDA by the first quarter of 2021.

To gain investors' confidence and show how serious they are about hitting their targets, Aurora announced some operational changes on June 23.

Cutting the workforce is never good news.; usually, it's the last resort a company can take to save costs. But given the state of affairs at Aurora, management made the difficult decision to drop 25% of SG&A staff effective immediately, as well as about 30% of production staff over the next two quarters.

Aurora also made some restructuring changes at the executive leadership level, including the retirement of president Steve Dobler. These changes will help it achieve an SG&A run rate of CA$42 million by the first quarter of 2021, which management hopes will support higher levels of revenue in the future.

Aurora also plans to close five of its small-scale facilities over the next two quarters -- namely Aurora Prairie (in Saskatchewan), Aurora Mountain (in Alberta), Aurora Ridge (in Ontario), and Aurora Vie and Aurora Eau (both in Quebec). It also intends to consolidate its Canadian production and manufacturing at the Aurora Sky and Aurora Polaris (both in Alberta), Aurora River (in Ontario), and Whistler Pemberton (in British Columbia) facilities by the second quarter of 2020. To meet European demand, Aurora will ramp up cannabis production at its Nordic facility in Europe.

These facility changes could cost Aurora -- asset impairment charges related to production could total up to CA$60 million and inventory writedown charges could reach CA$140 million in the fourth quarter of 2020. Aurora hopes to see enhanced gross margins thanks to these measures.

Management seemed hopeful, saying in a press release, "We believe that we now have the right balance for the long-term success of Aurora -- market leadership, financial discipline, operational excellence, and strong execution. We remain focused on making Aurora a profitable and robust global cannabinoid company."

Aurora's bold move has certainly impressed analysts, many of whom have upgraded the stock and increased its target price.

Will the efforts pay off?

A reverse stock split typically gives a stock a quick bounce from short-term gains, but the happy days usually end quickly. In Aurora's case, though, a string of positive news appears to be benefiting the stock. It has risen 78.1% since its split on May 11, while the Horizons Marijuana Life Sciences ETF -- the benchmark marijuana index -- has risen by 13.9% in the same period.

Last month's Reliva acquisition looked like a bold move for a company that is burdened with debt, the product of its reckless decisions during an acquisition spree last year. That said, the U.S. CBD space will be a growing market once the U.S. Food and Drug Administration (FDA) grants further approvals. With more states legalizing marijuana and expectations rising for legalization on the federal level, a deal with Reliva --  which captures a huge chunk of the market with 20,000 retail stores -- might bear fruit for Aurora.

We will know more about whether Aurora's strategies are paying off when it reports its fourth-quarter fiscal 2020 results in September. Meanwhile, investors should proceed with caution when it comes to this cannabis stock.