Please ensure Javascript is enabled for purposes of website accessibility
Log In Help Join The Motley Fool
Free Article Join Over 1 Million Premium Members And Get More In-Depth Stock Guidance and Research
By James Brumley – Aug 3, 2020 at 7:06AM

Several different facets of the market are nearing an inflection point.

These are crazy times. Stocks were crushed in late February and early March, when the coronavirus outbreak reached the United States. All told, the S&P 500 lost a little more than a third of its value between February's high and March's low, only to rally almost 50% since that bottom. That's still not enough to bring the index back to its previous peak, but it's close. Momentum may get the job done in August.

Still, another good month for the market presents a quandary for most investors. Stocks are valued based on where they're going rather than where they've been, and there's little doubt the world will eventually work its way past the impacts of COVID-19. However, more gains in August leave little room for follow-through from companies already crimped by the contagion.

Here are three things investors should consider doing should this month tack on more gains. 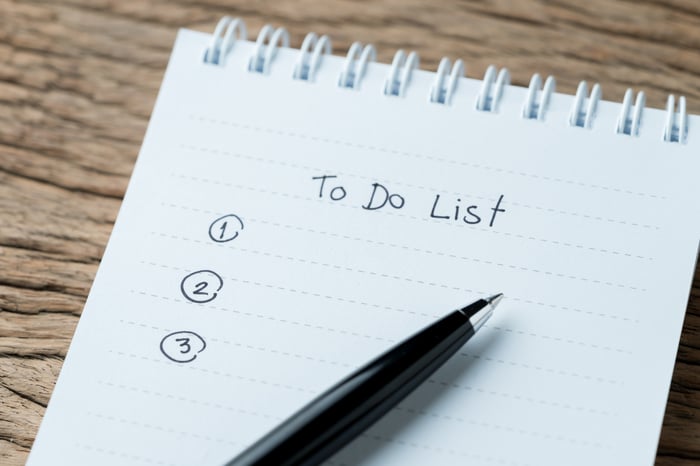 Don't assume the advice applies to every single position you own. Most investors have some core positions meant for multiyear ownership regardless of changes to the economic backdrop. Names like Procter & Gamble (PG -0.40%) or Walmart (WMT -0.80%) are built to last in good times and bad.

Plenty of investors, however, also own more speculative positions that are closely tethered to the broad market and may not be able to thrive once the dust from COVID-19's early days starts to settle. Any August gains would likely put the rebound over the 50% mark since March's bottom, just before September, which is historically the worst month of the year for stocks. The S&P 500 averages a loss of somewhere between 0.6% and 0.7% for September, depending on your data source, and some individual losses have been sizable.

The market's recent strength following an August advance would leave stocks especially vulnerable to a pullback this year, inspiring more of the same into October.

Stocks have been red-hot since March, outpacing most other groups. Gold prices are up 25% for the same timeframe, but have only recently put some distance between them and the iShares S&P GSCI Commodity-Indexed ETF (GSG 1.38%), which is now up around 10% for the period. The Real Estate Select Sector SPDR Fund (XLRE -2.60%) is up 42%, while the Vanguard Total Bond Market Index Fund (BND -0.64%) is only up around 6% since mid-March, trailing them all.

Don't necessarily assume an August rally followed by post-August sell-off for stocks has to coincide with a similar sell-off in other categories of investments, though. The past few months are the outlier, with all groups rising. Most of the time, one of these types of investments gains at the expense of another. Laggards like commodities and bonds may emerge as a much-needed safe haven.

In a similar vein, one can't assume a market-wide pullback will be bad news for each and every equity sector. Materials stocks are up 57% since March's bottom despite a relatively tepid performance from prices of materials themselves, but consumer staples stocks have only gained 28% since March 23. Any pullback is likely to be led by discretionary, materials, and technology stocks, but investors may simply swap them out for recent underperformers like staples and financials. The winners and losers of a post-coronavirus world are starting to come to light, driving this sector rotation.

Finally, while much of the nation's -- and the world's -- attention this year has been on the coronavirus pandemic, there's a Presidential election coming up soon. It's now less than 100 days away, and it's anyone's guess as to which of the two leading candidates will walk away as president-elect come November 4.

That's a problem every four years, of course, but it's difficult to deny the philosophical divide between the two major parties has never been stronger.  Lots of companies could be facing major changes, for better and for worse. A Democratic victory would likely ease international trade burdens like tariffs, for example, while a Republican victory would encourage domestic industrial production. The future of our healthcare market also hangs in the balance.

Rather than gambling on an election outcome, investors might be wise to add to positions that aren't likely to be impacted either way. That includes consumer staples plays like the aforementioned Walmart and Procter & Gamble. Further, real estate, some consumer discretionary names, and even some technology names may prove to be all-weather winners, too. The time to start making such moves, however, is now.

Ultimately, even if stocks take a tumble in the coming month, these are important considerations to keep in mind.