The new toy product line has been four years in the making.

Genius Brands' (GNUS -3.17%) partnership with Mattel (MAT 0.44%) is expanding to include the Rainbow Rangers characters under the toymaker's Fisher-Price brand. The new toys will be sold on Amazon.com (AMZN -0.07%) and in Walmart's (WMT 0.21%) physical and digital retail stores.

Shares of Genius Brands were soaring 32% higher in early morning trading on the news. 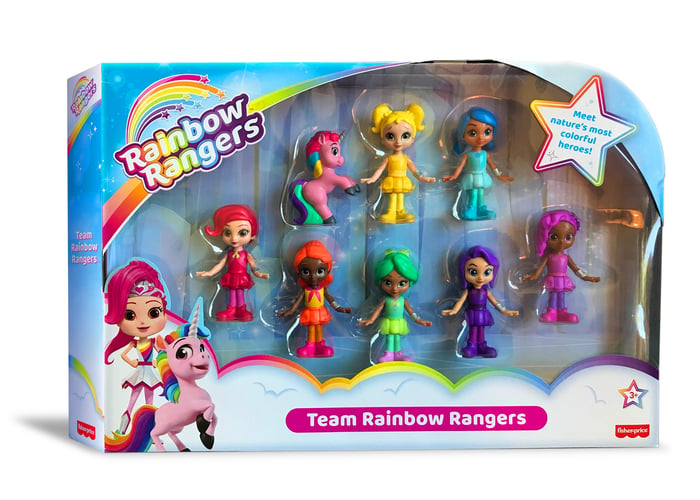 More toys in the toy box

The children's video entertainment company said the new toy line has been under development for the past four years and their debut at mass retailers like Amazon and Walmart could mark a significant turning point for the company. Chairman and CEO Andy Heyward said in a statement, "The Rainbow Rangers brand has all of the elements to potentially become a breakout hit and a huge business for Genius Brands."

The toys appeared to be sold out online despite just launching on Walmart.com and Amazon over the weekend.

Genius Brands also said it would distribute commemorative, limited edition, numbered, and hand-signed lithographs featuring the Rainbow Rangers to the first 1,000 buyers with proof of purchase as part of the product launch.

The company had announced back in May the products would be available this month.