Shares of oil driller Kosmos Energy (NYSE:KOS) fell as much as 15.5% as trading got under way on Aug. 3. Although it managed to work back some of that loss, the stock was still off by roughly 10% at 11 a.m. EDT. The reason for investors' ire is pretty easy to identify: Kosmos reported earnings.

The good news is that the oil driller managed to beat estimates by $0.08 a share. The bad news is that this "beat" meant that it posted an adjusted loss of $0.23 per share compared to analyst expectations of a loss of $0.31 per share. Clearly, the company did not have a good quarter, noting that it had positive earnings of $0.05 per share in the same quarter of 2019. Revenue, meanwhile, fell by about two-thirds, a huge decline. 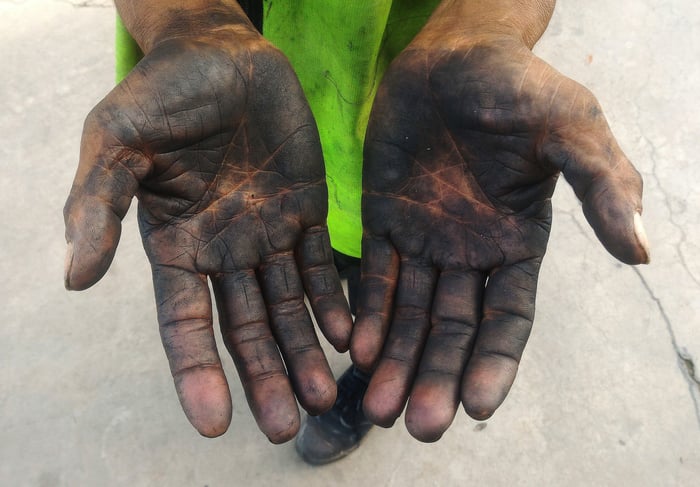 To be fair, a massive supply/demand imbalance was a major headwind in the quarter, pushing prices to painfully low levels. In fact, at one point earlier in the year, the price of oil fell to zero, meaning that drillers were effectively paying customers to take their production. The company noted that it sold 60% of its production in April, which was a particularly difficult month for oil prices. Investors weren't pleased with the results here and sold the stock.

Another potential negative was Kosmos' note that it had entered into a pre-sales agreement with a trading partner. While this agreement allowed the driller to generate $50 million in cash in June, it is effectively selling oil expected to be produced in 2022 and 2023 at today's low prices. The deal can be tapped for another $150 million if Kosmos needs. But if oil prices rise from their current depressed levels this will have proven to be a costly source of capital.

Investors were clearly unhappy with Kosmos' earnings results. With supply and demand still out of balance, it's unlikely that the driller's results will improve materially anytime soon. At this point, investors should be expecting more volatility.