The Robinhood investing app offers information on the 100 most popular stocks among its users. That list includes highly speculative companies like Eastman Kodak and Nikola that I personally would not consider -- and especially not for the novice investors who have flocked to Robinhood. 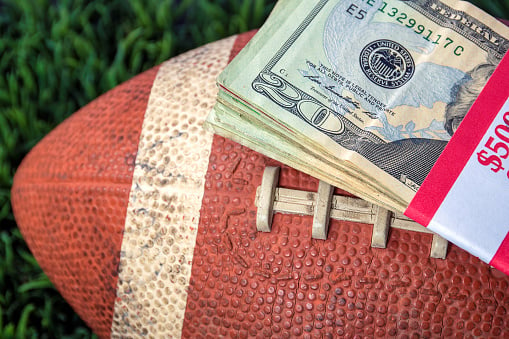 Penn National Gaming is a regional casino operator with locations across 19 states. Today, 37 out of 41 of Penn's properties are open once more, with the remaining four locations expected to reopen later this year.

Its geographic diversity is unparalleled in the gambling industry. This is especially appealing in today's pandemic environment, which is forcing some states like California to close down again. The regional nature of its business means Penn customers drive to its locations rather than flying.With COVID-19 creating a historic air-travel demand shock, Penn's more local clientele looks ideal.

Beyond a casino footprint poised to recover faster than some competition, Penn National Gaming has a powerful sports gambling partner to carve out valuable marketshare in the space. This year, CEO Jay Snowden announced a 36% equity stake in Barstool Sports.Penn has warrants to purchase up to 50% of the company overall.Barstool Sports is a popular media platform specializing in sports and gambling.

Its following is massive, with 66 million monthly active users.More importantly, 62% of its users bet on sports, while 44% do so weekly. Today, Barstool attracts 27% of Gen-Z folks monthly, a generation that especially likes to gamble on sports.Penn and Barstool Sports together plan to release a legal digital gambling platform called Barstool Sports Book later this year. The company's $1.3 billion cash position will be needed to successfully debut this promising endeavor.

The service will take bets and will also integrate all of the entertaining content that powered Barstool's impressive following in the first place. Barstool Sports boasts the No. 4 and No. 32 most popular podcasts in the U.S., and will have both to use for its sports book.With illegal sports gambling reeling in $150 billion in annual revenue, and 22 states now legalizing gambling, Penn has a great chance to capitalize on an intriguing opportunity.Barstool's loyal fanbase is the perfect fit for a gambling company, and now Snowden has the organization on his side.

MGM Resorts International operates a casino footprint more global than Penn does. Its Las Vegas Strip and Macau properties rely more heavily on international travel and air travel in general, and will thus take longer to reopen as a result.

One of MGM's main strengths is its giant cash position. This is even more important when operations are forced to shutter like casinos were. MGM's plan to build out a national sports gambling platform will be expensive, and its $4.8 billion cash position gives it pockets significantly deeper than DraftKings or even Penn.

CEO William Hornbuckle is not waiting around for its casinos to recover; he is taking matters into his own hands. This year, the casino company has opened its digital gambling offering, BetMGM, in states such as Indiana and Nevada, among others.The app offers sports gambling to users, and also the ability to play casino card games from your mobile device.

The large cash balance also enabled MGM to ink expensive sports gambling partnerships with Major League Baseball, the National Hockey League, and the National Basketball Association.Partnerships like these point to the excellent reputation MGM has built over time, and could be very fruitful for all parties involved.

In the NFL -- the largest league for gambling by far -- MGM recently signed a multi-year agreement with the Denver Broncos.The deal will allow gamblers to place bets inside of the Bronco's stadium using an MGM service.It is also an official sports gambling partner of the Las Vegas Raiders and New York Jets.

Today, MGM trades for 4 times 2019 earnings and right around book value.Years down the line, as sports gambling matures and when COVID-19 is hopefully a bad memory, those multiples should expand.