The results provide more justification for the FDA to grant the substance emergency use authorization.

A clinical research study led by the Mayo Clinic has achieved promising results in COVID-19 patients by administering them so-called "convalescent plasma" -- plasma enriched with high levels of antibodies from people who have recovered from the novel coronavirus.

According to a Wall Street Journal article about the study, which was conducted with roughly 3,000 patients, those who were administered such plasma three days or less after diagnosis showed what the Journal described as a "mortality rate" of 6.6% after seven days following the infusion. (That figure, in fact, appears to be the case fatality rate). By comparison, patients receiving plasma containing low levels of antibodies four days after diagnosis had a rate of 13.3%. 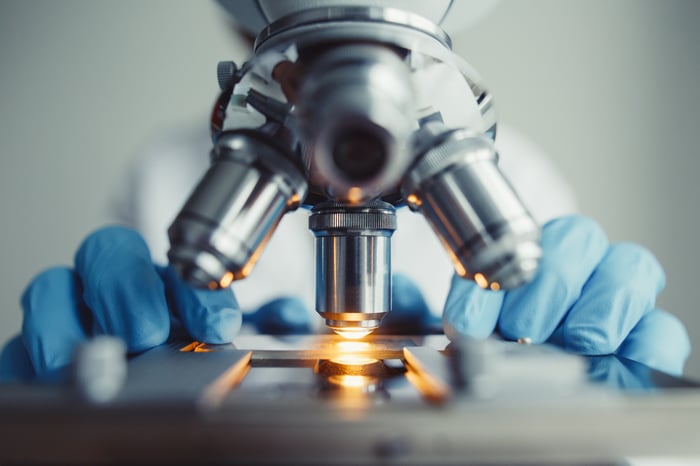 The study's data has been submitted to the Food and Drug Administration, which is currently considering whether to grant emergency use authorization for convalescent plasma.

When contacted by the Journal, an FDA spokeswoman said her agency could not comment on the study. She said it is considering "all of the available evidence that could potentially support the use of convalescent plasma for the management of COVID-19."

Convalescent plasma has been a subject of great interest to the medical community given its apparent utility in combating the illness.

Several biotechs and pharmaceutical companies are currently attempting to develop COVID-19 therapies utilizing the material in various ways, among them Takeda Pharmaceuticals (TAK -0.70%). and Spain-based Grifols (GRFS 0.11%). Both Grifols and Takeda have successfully brought plasma-based treatments to market in the past.

At the close of trading Wednesday, Takeda was up by 0.3%, not quite matching the rise of the broader stock market, while Grifols was down by 1.7%.

Who Can Donate Plasma for COVID-19 Patients?

Is Rigel Pharmaceuticals Stock a Buy?

Is This Overlooked Stock Primed for More Growth?