Please ensure Javascript is enabled for purposes of website accessibility
Log In Help Join The Motley Fool
Free Article Join Over 1 Million Premium Members And Get More In-Depth Stock Guidance and Research
By Chad Henage – Aug 5, 2020 at 11:56AM

Walmart hopes that Walmart+ will generate millions, if not billions, in recurring revenue. Too bad the company didn't think of this sooner.

Walmart's (WMT 0.43%) plan to launch a subscription service called Walmart+, which will offer unlimited fast delivery, seems like a great idea. Unfortunately, it's about 15 years too late. Since 2005, Amazon.com's (AMZN -0.77%) Prime service has garnered tens of millions of subscribers. Walmart hopes a similar option will allow the company to generate millions, if not billions, of dollars in subscription revenue. But Walmart's greatest asset -- its stores -- are also the primary reason why Walmart+ looks like a losing proposition from the start.

Is this really a plus?

According to Morgan Stanley (MS 1.09%) analyst Simeon Gutman, there are multiple reasons to assume Walmart+ will be popular. Walmart already has tremendous online sales growth. Over the last few years, the company's U.S. revenue has increased by about 3.5% annually, yet digital sales have increased by about 40% year over year.

When it comes to overall online sales, in 2019 the top 10 online retailers took 30% market share, according to Gutman's estimates; this year, they are expected to carry 35%. Gutman assumes that Walmart+ subscribers will automatically renew their $98 annual subscription. In addition, customers paying for the service will shop with Walmart more, both online and in person, while Walmart collects recurring subscription revenue. 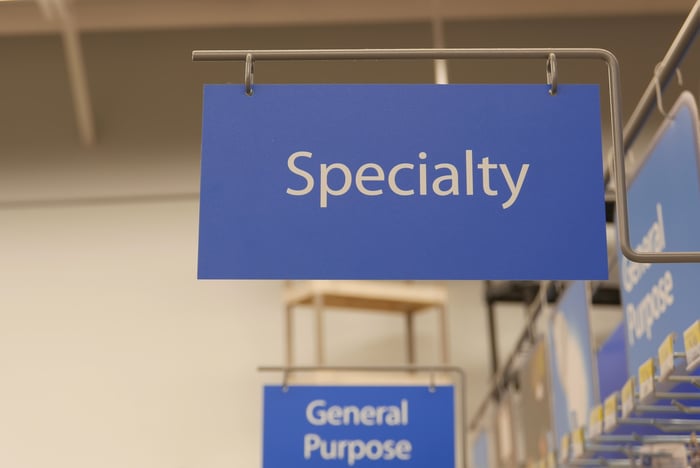 Unfortunately, these reasons assume that shoppers are willing to pay $98 a year for Walmart+. Given the presence of Prime, and other services like Instacart, and Target (TGT -0.02%)-owned Shipt, this is anything but guaranteed.

Been there, done that ... but better

To put it simply, the math of going up against Amazon Prime doesn't seem to favor Walmart. At last count, Prime had around 150 million members. If these members were dissatisfied with the service, Walmart+ might have a chance, but that doesn't appear to be the case.

In 2016, Consumer Intelligence Research Partners (CIRP) reported that after a 30-day free trial, 73% of Prime customers converted to a paying membership. Last year, CIRP found that U.S. Prime subscribers renewed 93% of the time after one year and 98% after two years. Through the first quarter of this year, the one- and two-year retention rates were down slightly, yet 70% of 30-day free trial customers were converting to paid memberships. In short, Walmart+ doesn't seem likely to draw loyal Prime members away.

In addition, Walmart+ will have to offer much more than free unlimited shipping. Amazon Prime offers the Prime Video catalog, free access to over 2 million songs on Amazon Music, free unlimited photo storage with Prime Photos, and more. According to a JPMorgan & Chase (JPM 0.19%) estimate of Prime's value in 2018, the service was worth about $785 annually. Considering that this figure was estimated before the service expanded to offer free one-day shipping on millions of items, the value is likely much higher today.

With significantly fewer benefits, hundreds of millions of satisfied Prime members, and only a $21 annual price difference, Walmart+ seems like a less than worthy competitive offering.

Billions of reasons this could go wrong

Many investors have been impressed by Walmart's ability to use its stores as mini-warehouses to get items to shoppers faster. On the surface, this sounds good, but even Walmart's management knows that using its stores like this may not work long-term. The company's CEO C. Douglas McMillon made this clear on the last conference call, saying, "... We're now temporarily fulfilling orders placed on walmart.com through about 2,500 of our stores." In addition, throughout the call, the company emphasized its plan to ramp up fulfillment center capabilities.

By comparison, Amazon had to build out its fulfillment centers because of its limited physical store presence. Walmart has over 4,700 branded stores in the U.S. alone.  Walmart offers thousands of places to pick up online orders, whereas delivery has been at the core of Amazon's business model from the start.

If we look at the cost of trying to go head-to-head with Amazon, the numbers don't seem to favor Walmart.

Walmart's a growing online presence is great, but it primarily sells goods. Amazon, on the other hand, generates significant revenue and profits from businesses like Amazon Web Services and its "Other" business, which is driven by advertising revenue. These fast-growing, high-margin businesses help explain why Amazon's operating margin and free cash flow are better than Walmart's. Lest anyone think Amazon cut expenses to produce better free cash flow, its capital expenditures more than doubled year over year in its most recent quarter.

Amazon's SG&A expense percentage is higher, and 70% of those expenses came from fulfillment. If Walmart spent the same percentage of its revenue on SG&A as Amazon did last quarter, it would have cost the company nearly $2.5 billion more.

Walmart might figure out a way to deliver more efficiently than Amazon. However, with over 4,700 stores in the U.S. alone,the company has a tremendous fixed cost base. Walmart stock trades near its 52-week high on optimism over Walmart+. But investors should remember that the company lost a reported $2 billion on online sales during 2019.

Stealing away tens of millions of satisfied Prime members is a daunting task. Since Walmart customers can already order online and pick up for free at their local Walmart store, paying an extra $98 a year to have those goods shipped to their home seems like a solution to a problem that Amazon has already solved.

Some may argue that this $98 fee is worth it to avoid going into a physical store during the pandemic. However, shoppers concerned that they may not be able to find the items they need have a more compelling reason to turn to Amazon, with its own massive selection and vast array of third-party sellers, than the comparatively limited offerings at Walmart.Investors might start to doubt their optimism surrounding Walmart's stock once they realize that its great new idea isn't all that new.