Hoping for your portfolio to take off? Here is how to book your ticket.

Space is the vast unknown. Over the course of the last few decades, inquisitive, innovative minds have begun planning and executing missions to explore that unknown. And every fascinating idea comes with the possibility to profit. The space industry currently generates $350 billion in revenue, with Morgan Stanley estimating $1 trillion by 2040. As the burgeoning industry develops, there are two major growth drivers an investor can aim to capitalize on. 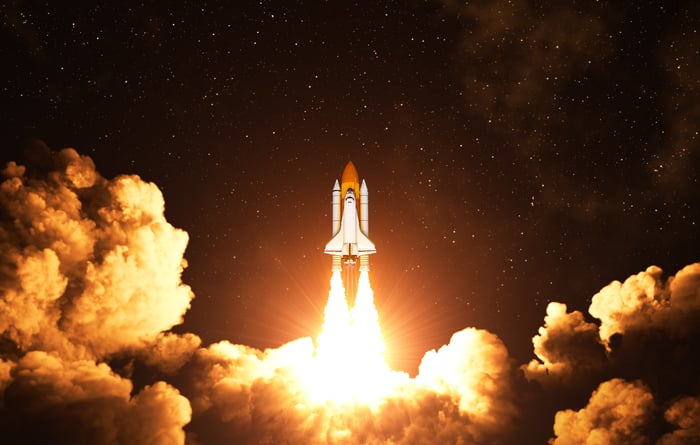 1. Government spending in the US and abroad

In 2019, President Trump announced the creation of a Space Force to "help us deter aggression and control the ultimate high ground." Funding for Space Force in 2021 is proposed to be $15.4 billion, up over 6% from the $14.5 billion 2020 budget.

Within this budget, $1.05 billion is specifically allocated for three space launches, one of which Northrop Grumman (NOC 0.07%) was awarded, providing the company with $792 million in funding over the next four years for costs associated to the launch. Although the funding is a drop in the bucket compared to Northrop's $33 billion in annual sales, it provides the company more exposure in their aerospace segment that, assuming a successful launch, can streamline them into a consistent government partner.

As one might infer, the language used by the President leads one to believe that a Space Race 2.0 could be in the cards, which could be a catalyst for aerospace industry players with space exposure, too.

The US government is not only creating a Space Force, but also continuing to trailblaze via NASA. NASA's Lunar Gateway program aims to execute "deep space exploration" by getting to the Moon by 2024 and then turning its ambitions to Mars. In 2019, Japan and the European Union announced intentions to contribute to the program. In 2020, Canada publicized its support, too. Even former Space Race foe Russia has expressed interest in supporting the Lunar Gateway Program.

According to Euroconsult, global government budgets alone surpassed $70 billion in 2018 and are expected to increase spending at a 3% annual rate until 2025 to surpass $85 billion. 63% of this funding in 2018 was dedicated to space science, technology, and human space flight.

Maxar Technologies (MAXR 1.21%) is one notable beneficiary. Its space infrastructure segment, which contributed 42% of the firm's revenue in 2019, was awarded the contract to build the power and propulsion equipment for the Gateway program, with a price tag of $375 million. That figure could grow subsequently if Maxar and NASA renegotiate the contract, and the existing payments are spread out over a period of at least a year, with optional extensions beyond that. But the deal still represents a significant revenue boost for a company that most recently posted full-year sales of $1.6 billion. Maxar clearly has an intimate relationship with NASA, since it previously provided every single Mars Rover arm, too. 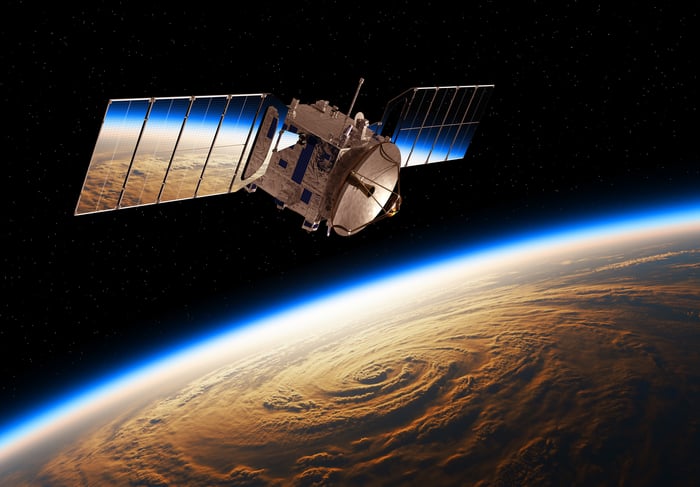 Back in February, SpaceX announced a partnership with Space Adventures to sell four private citizen tickets for an extraterrestrial flight in 2021 or 2022. Virgin Galactic Holdings Inc's (SPCE -1.48%) initial prompt on its website is to take "One Small Step" to sending yourself into space by depositing $1,000 to reserve a seat when orbital travel is eventually available. Virgin has recently exhibited their flight capabilities, which could generate interest in this deposit initiative. Jeff Bezos's Blue Origin, another privately held aerospace company, has also promised to send citizens on an 11-minute flight to gaze down on Earth. Clearly, commercial space tourism is not a question of if anymore, but when (and how much you are willing to pay).

With an increasing number of commercial flights, manufacturers of spacecraft parts like Honeywell (HON 0.46%) should continue to see material growth from space investment. Honeywell has already begun to realize some of this. While its overall aerospace segment shrank revenue by 9% from 2018 to 2019, it boasted a 14% organic increase in defense and space segment sales over the same time period.

So where should you invest

Regardless of your desire to enroll in the Space Force or put a deposit down for a commercial flight, the private and public sectors will continue to increase space spending annually. As with all young growth industries, there will certainly be volatility and failures with space companies.

With this in mind, investors without the time to dig into the details of individual companies might want to look at Procure Space ETF (UFO -0.31%), an ETF specializing broadly in space exploration, with companies like Maxar, Honeywell, and Virgin Galantic all among its holdings. If you are interested in individual companies in the space sector, however, do so at your own peril: These long-term investments could easily fluctuate 50% or more on any good or bad news.