Can Square maintain the momentum it's seeing behind its peer-to-peer payments app?

There are three key drivers behind Cash App's growth, CFO Amrita Ahuja pointed out during the earnings call: accelerating customer acquisition, improved product adoption, and increased frequency and volume of spend. All three benefited from government stimulus efforts and tax refunds last quarter, but Square expects to maintain its momentum through the back half of the year. 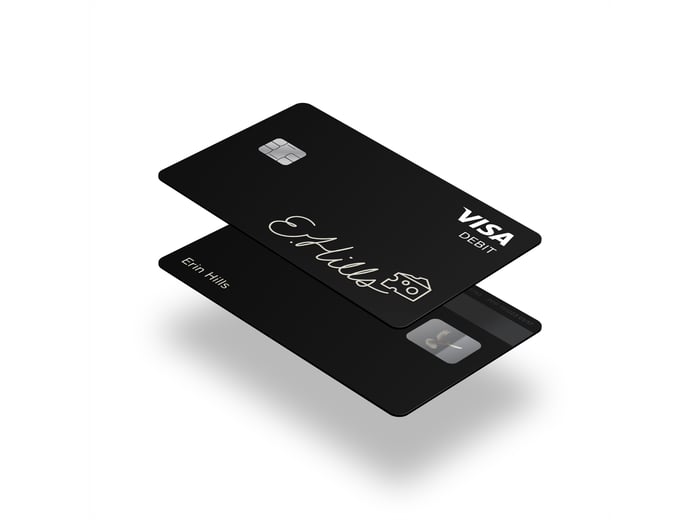 Square added 6 million net new active Cash App accounts over the first six months of the year. It added 9 million in all of 2019. And on top of that growth, it set a new record for net new active accounts for a month in July.

There are a few underlying factors driving customer acquisition. First is the network effect driven by the core peer-to-peer payment functionality. If someone wants to send money to a friend with Cash App, for example, they both need the app.

Cash App has a growing ecosystem of services and more and more users are using more than one. "We saw an increase in the number of products customers adopted within their first month after activation," management wrote in Square's second-quarter letter to shareholders.

In particular, it saw strong Cash Card adoption, which has become one of the biggest sources for high-margin revenue. Square said it ended the quarter with 7 million Cash Card users, double the amount from this time last year. As a percentage of its user base, adoption climbed above 23% from around 20% in December.

Square has also made a concerted effort to drive direct deposit adoption, making the feature more prominent in the app and increasing its availability. Customers using the direct deposit feature keep more cash in their digital wallets, spend more on Cash Card, and therefore produce a much higher customer lifetime value.

Square said "active Cash App customers transacted more than 15x per month on average" during Q2. That's up 50% from last year. It exited the quarter with a revenue run rate approaching $45 per user, up from $30 at the end of last year.

Ahuja pointed out the resiliency of Cash Card spend during Q2. While overall spend on the major payments networks declined amid the pandemic, Cash Card spend increased 50% quarter over quarter.

A key factor in getting users to use Cash App's products more frequently is the ecosystem. Accounts that use more than one product show significantly higher frequency and volume compared to those that don't. That's particularly pronounced in the synergies between direct deposit and Cash Card.

What happens when the stimulus runs out?

Management was very up front that stimulus checks certainly provided a boost to its results in the second quarter. But it's taking its outperformance during the period and reinvesting it in growth. Management said it's committing $100 million in incremental spend to grow its businesses, particularly focused on sales and marketing.

Ahuja believes the fintech company's well positioned to capitalize on increased paid marketing for Cash App based on the momentum it's seeing in multiple-product adoption and improving customer lifetime value. Bringing new customers into the ecosystem -- factor No. 1 -- should allow factors 2 and 3 to take over and prove out a strong return on investment for Square's ad dollars.