The company is pitching in to produce Gilead's antiviral treatment, which received emergency use authorization in May.

Two pharmaceutical industry rivals are teaming up in the fight against SARS-CoV-2 and the disease it can cause, COVID-19. On Friday, Pfizer (PFE -1.04%) announced it had struck a deal with Gilead Sciences (GILD 0.13%) to manufacture the latter's remdesivir. In May, the medication received Emergency Use Authorization (EUA) from the Food and Drug Administration (FDA) to treat severe cases of COVID-19.

Under the terms of the arrangement, Pfizer will produce remdesivir at a facility it operates in Kansas. The company did not delve into the specifics of the deal, including its financial particulars. 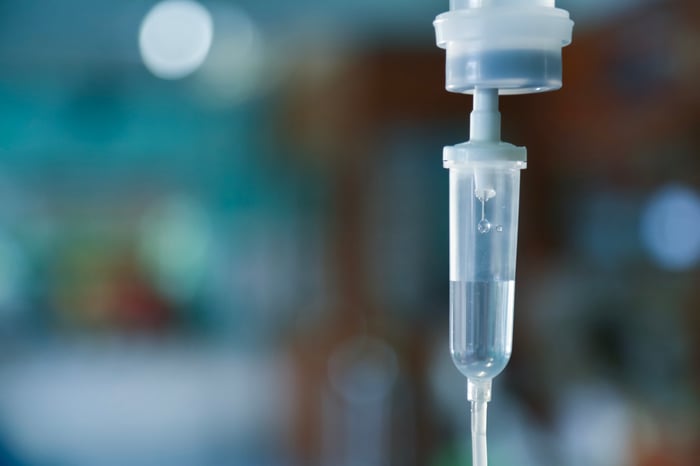 If remdesivir is to be produced quickly and effectively enough to provide the world with an adequate and timely supply, Gilead will need partners like Pfizer. Compared to some of the larger pharmaceutical companies active around the world, Gilead is rather limited in size and capacity.

In its press release on the deal, Pfizer quoted its CEO Albert Bourla as saying that "[t]ogether, we are more powerful than alone. As one of the largest manufacturers of vaccines, biologics and sterile injectables, it is a privilege to offer our expertise and infrastructure to help fight this pandemic."

Remdesivir, an antiviral medication, is a repurposed product. Gilead originally intended it as a treatment for Ebola, although it was not found to be efficacious in clinical trials for that disease and was never approved for use.

This news seems to have cheered investors in both companies. The two stocks both rose at levels slightly exceeding the gains of the major indexes Friday, with Pfizer increasing almost 0.5% and Gilead advancing by nearly 0.8%.