These three companies have what it takes to overcome the challenges created by COVID-19.

The S&P 500 is trading at a historically elevated earnings multiple of 22.2. Simply put, there are a lot of companies with future success largely priced in. Within some of the froth, however, three companies appear to have extensive potential upside from here for very specific reasons.

ViacomCBS is an international media conglomerate with film, cable, publishing, and streaming assets, including Paramount Pictures, Pluto TV, CBS Entertainment, Showtime, Nickelodeon, BET, Comedy Central, and more. Because of how some of these assets operate, 2020 and the coronavirus pandemic have been quite challenging for the company. Films are not being released normally, studio production of numerous TV shows it develops is on hold, and ad revenue for its numerous TV networks is down, and live sports broadcasting that has been so lucrative for the company in the past (through events like college basketball's March Madness) were canceled this year. 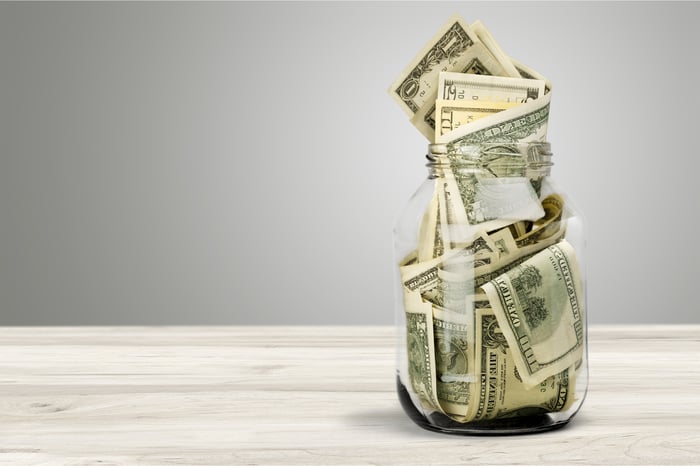 Despite these challenges, in its most recent quarter, ViacomCBS generated $714 million in free cash flow (FCF) with the expectation that the number will continue rising. If we annualized this result (assuming no future progress and pessimistic cash flow), the company trades under 6 times price/FCF. Some professional sporting events have begun to return, including the PGA, which is breaking viewership records. On the earnings call for the latest quarter, CEO Bob Bakish expressed confidence that the ad market is recovering and cash flow could improve even further going forward. As of now, the company trades for just under half the cash flow multiple of the S&P 500. The company's hefty $19 billion in long term debt makes continued cash flow imperative.

Its streaming strategy will be vital for long-term growth and things are looking good so far. ViacomCBS' paid subscribers hit its 16.2-million member goal this quarter a full six months early, powered by 74% growth. As a result, Bakish now expects 18.5 million paid streamers by year's end.

To further differentiate anchor streaming service CBS All Access, Bakish is beefing up the content offerings. The revamped service is set to be released in 2021. Paramount Studios and networks such as Showtime, Nickelodeon, BET, and Comedy Central will all be leveraged to enhance CBS All Access's appeal. Furthermore, sports broadcasting rights to the Champions League, the NFL, college football and basketball, and the PGA will all be available soon.

ViacomCBS' PlutoTV is the No. 1 free (ad-supported) streaming service on the planet. It now boasts 30 million monthly active users. Recently announced deals with Verizon and smart-TV manufacturer LG could boost that growth further.

ViacomCBS' cash flow enables continued investment in the space, and for now, it's paying off. With streaming companies like Netflix enjoying exponentially higher valuations, Viacom's notable dive into streaming could be powerful enough to double its investors' money over time. There is still much more streaming work to be done, but so far the user numbers are looking good. It will never have Netflix's multiple, but it could feasibly trade in line with markets -- and thus double -- due to success in streaming.

Lemonade is a small tech-centric insurance company trying to disrupt the massive industry and do a little social good in the process. It operates entirely digitally and uses artificial intelligence (AI) capabilities to try and improve the insurance buying process while lowering customer acquisition costs on the business end. The company was founded in 2015 and its stock began trading publicly through an IPO launched on July 2.

Lemonade started by offering renters insurance and has expanded its offerings over time. Its business model is different from a typical insurance company. It keeps a flat 25% fee from a customer's yearly premium to fund its operations. It sets aside the remaining 75% to pay any claims and purchase reinsurance to protect itself. Any unclaimed premiums leftover at the end of the year go to a nonprofit of the customer's choosing through an annual "giveback" program rather than being pocketed by the company like most insurers choose to do. This eliminates what management sees as a conflict of interest inherent in the insurance industry, as Lemonade doesn't profit directly from rejecting more customer claims like its competition does. The result? Customers love it.

From 2017 to 2020 Lemonade posted an average sales growth of 450% with the expectation that this explosive expansion will continue. That growth enabled Lemonade to realize $100 million in annual revenue after just 2.5 years of operations. Other recent trendy technology upstarts like Shopify, Twilio, and ServiceNow all took more than twice as long to reach $100 million in yearly revenue. Lemonade has overtaken Liberty and Allstate insurance companies in terms of popularity in internet search engine queries for renters insurance and is quickly approaching the search rates of Progressive and State Farm as well.

The competitive advantage for Lemonade comes from its machine learning and AI advances. "Maya," its proprietary AI bot, is able to independently handle about 30% of Lemonade customer claims inquiries. It is able to ask questions and collect thousands of data points in the same time a traditional insurers' claims adjusters collect a couple dozen. This enables it to more specifically price risk and set a fair premium and/or assess a claim for payment. It is also one of the driving forces behind Lemonade's customer acquisition cost being half that of its competition. Just two years ago, Maya was handling only 6% of inquiries, so it has come a long way and further improvement is expected.

The company's extensive use of AI helped improve its "loss ratio" (dollars paid in claims divided by dollars earned in revenue) dramatically over three years. In 2017, for every $1 earned, the company was paying out $3.68 in claims. In Q3 of 2019, Lemonade's loss ratio was down to $0.78 in payouts for every $1 in earnings and trending downward. The average payout rate among the largest 20 insurers in America is about $0.82 per $1 in earnings. This means Lemonade keeps a slightly larger proportion of its revenue compared to the competition and that advantage continues to expand. Unique for lemonade too is that the loss ratio is improving with scale, which seems to be counter to the normal trend of a company in rapid growth mode. Generally, growth among insurers goes hand in hand with companies being less discerning about customers, which gets reflected in ballooning claims and fraud.

The company just added pet insurance as an offering and plans to add health and life insurance as its customer base ages. With 75% of its users being new insurance buyers under the age of 35, there is a long runway of growth here in the company and its stock.

This discount fitness chain needs a COVID-19 vaccine or treatment in order to fully return to normal, and that could still take a while. Counterintuitively, this may end up being a good thing for Planet Fitness.

The fitness center chain is somewhat unique among its competitors in that its stores are predominantly operated through a franchisee model. Planet Fitness mostly collects monthly fees from franchisees and sells the franchisers new workout equipment. This business model is inherently more asset-light than an ownership model and thus provides high earnings before interest, taxes, depreciation, and amortization (EBITDA) margins. Planet Fitness directly owns less than 10% of its locations. 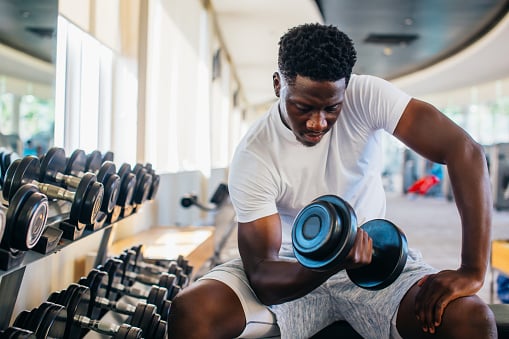 In the 2008-09 financial crisis, Planet Fitness used its efficient business model to help it grow long-term market share in the industry. CEO Chris Rondeau is confident that Planet Fitness can take market share again during this latest financial crisis, and he demonstrated his confidence by buying millions more of the company's stock this year. He went even further on the company's latest earnings call, saying that recent retail bankruptcies around the country are providing compelling long-term real estate opportunities to speed up Planet Fitness expansion. Planet Fitness management aims to grow its store count from 2,000 to 4,000 over the long term, providing a clear opportunity for the company to double in size. Clearly, Planet Fitness is still focused on its long-term success.

Company management has indicated that Planet Fitness's franchisees are made up of mostly deep-pocketed private equity firms. It said no tenants have asked for financial assistance due to the pandemic. For locations that have reopened, member sign-ups are pacing last year's rate despite significantly reduced marketing spend. It seems Planet Fitness is ideally positioned compared to other gym chains to weather this daunting challenge and maintain its long term goal of doubling company locations.

ViacomCBS, Lemonade, and Planet Fitness all provide a compelling financial backdrop for investors to believe in. While some of their direct competition appears to be more stretched from a valuation standpoint, all three have significant share price upside from here and could very well double investors money over time. While stocks are by no means a way to get rich quick, these three names do have a lot of potential upside, and all are in my portfolio.