Investors shied away despite an analyst's huge price-target boost.

A stock usually pops in value when an influential analyst ups a price target, particularly when said price target is nearly tripled. But on Monday, Beyond Meat (BYND 0.37%) fell by over 3% despite getting much more juice from Goldman Sachs.

Analyst Adam Samuelson increased his price target on Beyond Meat stock to $112 per share from his previous $44. The caveats to this are that Samuelson still rates the shares a sell, and that $112 level -- while still representing an impressive increase in sentiment -- remains well under the company's latest closing price. 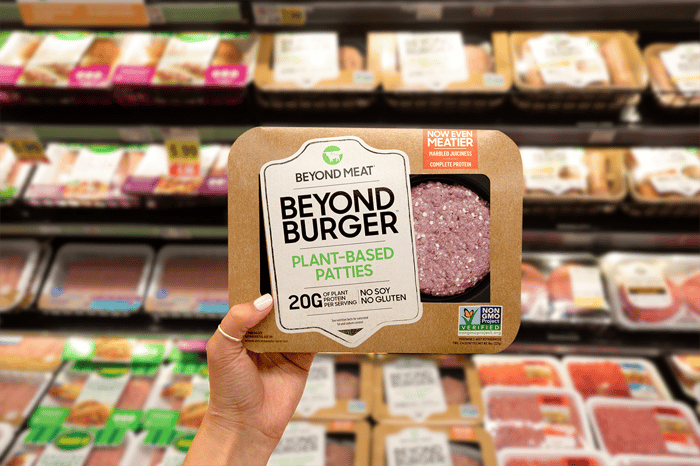 Samuelson also lifted his top-line estimates for Beyond Meat. He now believes the company will book sales of $650 million this year and $943 million in 2021; previously he was estimating $612 million this year, and $884 million the next.

The Goldman Sachs analyst remains a nonbeliever in Beyond Meat's prospects, however. In updating his price target, he effectively pointed out that the company remains exposed to the food-service segment, which has taken a serious hit during the coronavirus pandemic.

Although Beyond Meat continues to post encouraging growth numbers, the decimation of the food-service segment is going to be a drag on its future -- even though the company makes the bulk of its revenue in the retail space. Investors should watch how well the company copes with this issue, as it will continue to be a pressing one over at least the next few quarters.