Please ensure Javascript is enabled for purposes of website accessibility
Log In Help Join The Motley Fool
Free Article Join Over 1 Million Premium Members And Get More In-Depth Stock Guidance and Research
By George Budwell – Aug 11, 2020 at 9:27AM

Firdapse fails to hit the mark in the clinic yet again.

Shares of the rare-disease drugmaker Catalyst Pharmaceuticals (CPRX 1.02%) are under pressure Tuesday morning. Specifically, the biopharma's shares dropped by as much as 12.5% in pre-market trading today.

Catalyst's stock is sinking in response to the news that the company's effort to expand the label of its one and only approved drug, Firdapse, has failed for a second time in less than a year's time. 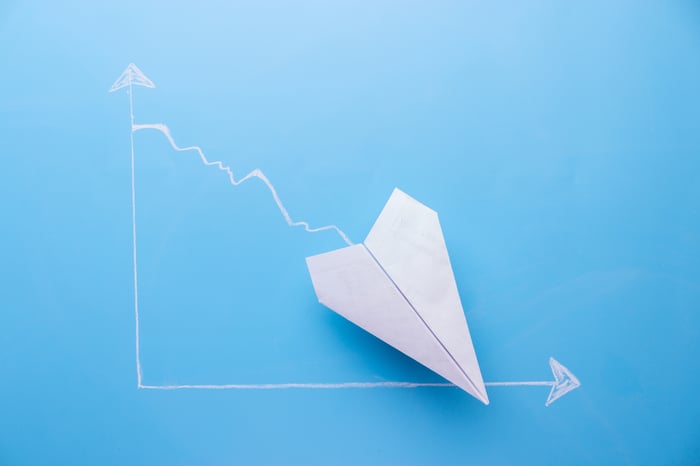 Per Catalyst's second-quarter earnings report, Firdapse did not meet the primary endpoint in a pivotal-stage trial as a treatment for muscle-specific kinase myasthenia gravis (also known as MuSK-positive myasthenia gravis), a rare but debilitating neuromuscular disorder.

Last year, Firdapse's late-stage congenital myasthenic syndrome trial turned out to be a failure, wiping about $200 million in future revenue off the table. Although the drug was slated to face stiff competition in the MuSK-positive myasthenia gravis space, Wall Street still expected it to generate a respectable $190 million in peak sales for this indication.

So this latest clinical failure definitely qualifies as a market-moving event. Underscoring this point, the biotech's core growth driver has now lost almost $400 million a year in potential peak sales due to these two clinical setbacks. That's a lot of money for a company with a sub-$450 million market cap.

Is Catalyst's stock worth buying on this dip? That's hard to say. The company still has a shot at expanding Firdapse into spinal muscular atrophy (SMA) type 3, but that indication may not be particularly lucrative. There are multiple treatments approved for SMA, after all. All told, investors might want to hold off until the biotech broadens its clinical pipeline or product portfolio.