Please ensure Javascript is enabled for purposes of website accessibility
Log In Help Join The Motley Fool
Free Article Join Over 1 Million Premium Members And Get More In-Depth Stock Guidance and Research
By John Ballard – Aug 11, 2020 at 10:26AM

Sales of webcams and gaming products are spiking amid the pandemic, but Logitech management is still executing its long-term growth strategy.

Logitech International (LOGI 2.85%) has delivered big returns to investors, with the stock price up 422% over the last five years. Two stellar earnings reports to start the year has the stock up 56% so far in 2020.

While these robust growth rates will likely moderate at some point once COVID-19 has passed, management believes the pandemic accelerated trends that were already driving growth in recent years. At a forward price-to-earnings (P/E) ratio of 30 and a dividend yield of 1%, this growth stock could be a sleeper. 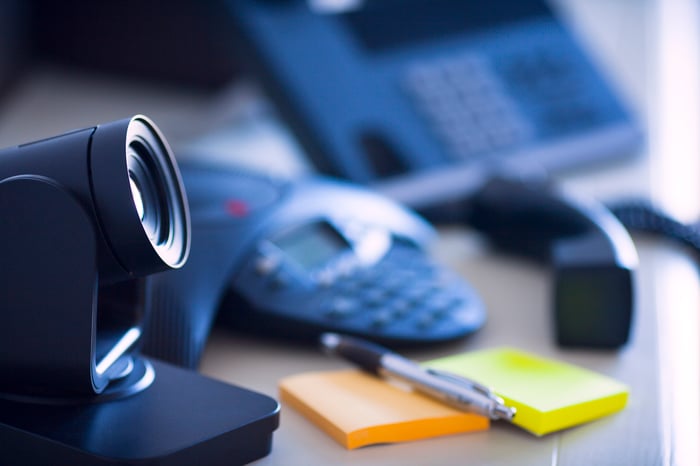 Robust performance last quarter is just the tip of the iceberg

There are estimated to be more than 1 billion people working from home, according to Logitech's calculations. The remote work environment contributed to 81% growth in Logitech's video-collaboration products last quarter. The shelter-in-place period also drove a 38% increase in sales of gaming products, such as mice, keyboards, and headsets designed for gaming use.

Management believes sales from creativity and productivity products have the potential to reach more than $1.5 billion in annual sales, while gaming and video collaboration can reach more than $1 billion. If Logitech reaches this goal within the next five years, that would increase its total revenue by 33% just from those three categories.

Those targets are consistent with management's goal to deliver high, single-digit annualized sales growth over the long term. This might not seem like enough growth to justify the stock's forward P/E of 30, but Logitech has consistently squeezed extra profit out of the business, allowing profits to grow faster.

Over the last five years, operating profit margin has improved from around 7% to nearly 11%. In the last quarter, Logitech delivered 64% growth in adjusted earnings per share (EPS) over the year-ago quarter, driven by higher margins.

The stock has been a market burner since CEO Bracken Darrell took over in 2013. Darrell has steered Logitech to focus on product design. His strategy has worked, given that Logitech has won 286 design awards for various products over the last six fiscal years. Its products also tend to earn high reviews from customers, which can drive repeat business. 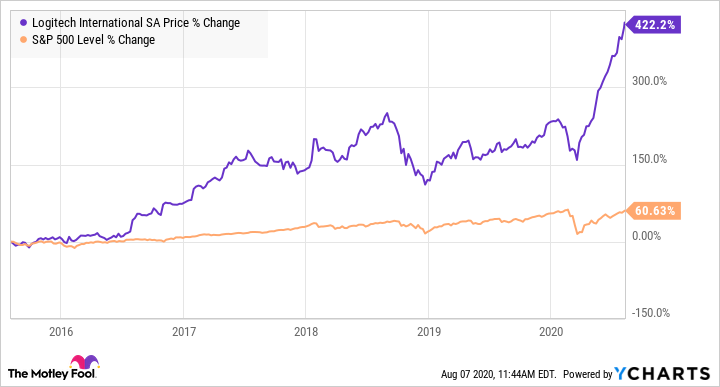 Management is executing a long-term plan

Logitech is investing in ways that could gradually lift profit margins over time. During the fiscal first-quarter conference call, Darrell said, "The long-term drivers for our margin really remain unchanged and that we're focused on [product mix], we're focused on bringing products to market that have higher margin contribution."

Logitech also seems to be interested in doing small acquisitions that can open new revenue streams in higher-margin categories, such as the recent acquisition of Streamlabs, which gives Logitech a foot in the door of software services for streamers.

Given Logitech's record of more than doubling earnings from the end of calendar 2014 to 2019 and the current demand trends and opportunities in front of the company, this growth stock has enough in the tank to meet investor expectations as reflected in its high P/E.

Darrell said it best during the call: "In some years we'll grow faster and others we might grow slower. But what Logitech investors have been able to count on and should appreciate in the years ahead is our dedication to consistent strong performance."

Moreover, the extra profit Logitech is earning right now from the escalated demand will provide even more resources for management to reinvest in new and innovative products. All said, Logitech has hit the ground running for the decade ahead.