One just made a big deal with Amazon, the other closed on a major acquisition.

One might look at the performance of the financial sector this year, down about 18% as of Wednesday's close, and just write off the whole sector until better days. But that would be a mistake for two reasons.

First, there are some great values among downtrodden stocks in the sector right now. And second, the sector is not a monolith. While some industries, like banks, for example, are struggling mightily through this recession, there are others, like fintechs and financial services, that are doing well.

When you examine it more closely, there are many stocks within the sector that have been overlooked, perhaps due to guilt by association. Here are two that are on my radar.

The 2010s were pretty much a lost decade for Franklin Resources (BEN -1.93%), the parent company of Franklin Templeton Investments. The asset manager lost market share and had six straight years of fund outflows dating back to 2014. Franklin, an active manager, was hurt by the shift to passive management during the long bull market, where indexes were annually pumping out great returns. Over the last 10 years, the S&P 500 has had a total return of over 200%, while Franklin has seen its stock price fall about 34% over that same time period. 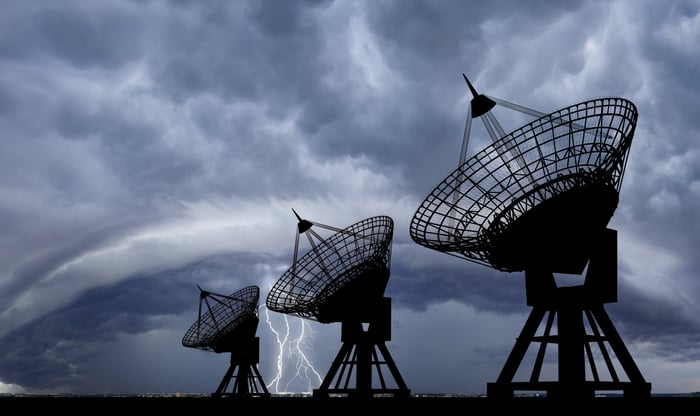 The 2020s look far more promising for Franklin Resources for a couple of reasons. One, the company just acquired rival Legg Mason, which actually has more assets under management than Franklin -- $783 billion vs. $622 billion as of the second quarter. Both firms were ranked in the high 30s in AUM among global asset managers, down from 18th and 24th place, respectively in 2010.

The combined company has $1.4 billion in AUM, which puts it in the top 15 in the world and close to the top 10 in the U.S. Since the deal closed on July 31, Franklin's stock price is up about 4%, but still remains down 15.5% year to date (through Wednesday afternoon). But this deal will give Franklin added scale in a consolidating asset management industry as well as more balance in its investment lineup. Legg Mason is primarily a fixed-income manager, with $447 billion in fixed-income investments. Legg Mason also has a more sizable presence as a manager of institutional assets, while Franklin focuses more on retail mutual funds. The merger will result in about $270 million in expense reductions and that will help the company pay down $2 billion in debt from Legg Mason.

Global Payments (GPN -2.31%) is a payment processing company that facilitates the transaction of credit and debit payments for merchants. This is a very competitive and growing field of fintech, accelerated by the shift toward digital payments over the last decade and, more recently, COVID-19 distancing protocols. The stock is down 5% year to date (as of Wednesday afternoon), but it has made some moves recently that could boost its profile and generate additional revenue.

One is the acquisition of one of its rivals, Total System Services, last fall. The two companies have complementary capabilities -- Global Payments mainly facilitates payments for merchants, while Total System Services focuses on payment processing for financial institutions. Now, the combined company services both ends of the transaction, working with approximately 3.5 million merchants and over 1,300 financial institutions.

In the second quarter, the company posted a huge 78% year-over-year revenue gain to $1.6 billion. Net income was down 69% to $39 billion, mainly due to merger-related expenses. But the company expects to realize $400 million in annual run rate expense savings through 2022.

The second deal is more recent and could be even more beneficial in the long run. On Aug. 3, Global Payments announced an agreement with Amazon Web Services to provide a cloud-based issuer processing platform to financial institutions of all sizes so they can process payments on the cloud.

Through Amazon's cloud-based platform, Global Payments will bring "technologies that generally have been available only to nimble start-ups, to traditional institutions at scale, leveling the playing field for innovation with immense benefits to consumers globally," CEO Jeff Sloan said in the second-quarter earnings call. Sloan said the deal will triple the company's addressable market of issuers and significantly expand revenue opportunities.

The massive revenue potential from these two deals makes Global Payments a stock to put on your radar.