Low-cost prophylactics will be integral to solving the pandemic.

Now that Vaxart's (VXRT -6.54%) coronavirus vaccine candidate is concluding preclinical development and embarking on the lengthy clinical trial process, the company's chances of success are higher than ever before. While there's still some work to do before the candidate will have a chance to demonstrate its safety in a phase 1 clinical trial, the company reached an important milestone on Aug. 10 when it announced that it had filed an investigational new drug (IND) application with the U.S. Food and Drug Administration (FDA).

It's impossible to know for sure whether the candidate will be effective, but potential investors should note that if the vaccine works, it just might be a favorite of clinicians and healthcare systems. Let's take a closer look at three of Vaxart's key advantages to understand why this is the case. 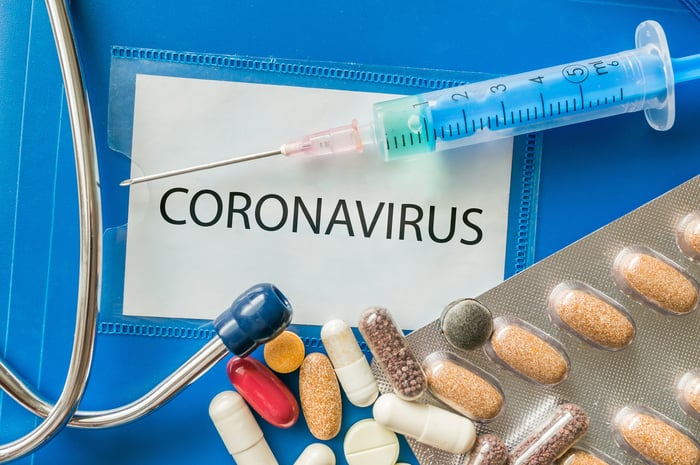 When most people think of vaccines, they think of a syringe filled with liquid which is administered by a healthcare worker into the muscles or veins of the patient. In contrast, Vaxart's technology platform produces oral tablets containing the equivalent active components. This may seem like a minor distinction, but it's actually a critical factor that works strongly to Vaxart's advantage when it comes to currying favor with doctors and other providers.

Liquid inoculations typically require refrigeration during manufacturing, shipping, and storage at the point of use. If they aren't consistently kept at the correct temperature, their efficacy may drop, or they may spoil completely. This means that traditional liquid vaccines imply a substantial logistical burden on healthcare systems, as well as their suppliers, as a result of the additional refrigeration hardware and energy expenditures required. Vaxart's tablets are stable at room temperature, however, so healthcare systems won't need to spend nearly as much to transport or store its coronavirus prophylactic, and the risk of spoilage is much lower.

When patients get an inoculation in tablet form, there's no need for the clinic that distributed it to purchase additional disposable syringes, sterilizing swabs, bandages, or even gloves. As a bonus, after the patient has taken the vaccine, clinics won't need to pay for additional biohazard trash removal services to dispose of the used materials. Thanks to the sum of these savings, healthcare systems won't need to spend as much to administer Vaxart's candidate as they might with a traditional liquid inoculation, enabling them to vaccinate more patients than they could otherwise.

If these savings seem like they might be trivial, consider that an effective coronavirus prophylactic program would need to be deployed to about 3 billion people globally, which could easily create shortages and price spikes for the basic healthcare materials or services required for traditional liquid vaccinations.

You've probably taken pills without a doctor or nurse standing at your side to supervise, but it's unlikely that you've ever prepared and self-injected a vaccination on your own. With an oral tablet, Vaxart hopes that patients will have the freedom to vaccinate themselves in the safety of their homes. This would be particularly advantageous because it would nullify the risk of patients getting infected in crowded clinics while waiting for their turn to be inoculated.

Vaxart's inoculations win via superior logistics, but oral vaccines aren't for everyone

Vaxart's shelf-stable, syringe-free, and easy-to-deploy prophylactic tablets would thus be popular among clinicians around the world thanks to their lower costs, and savvy investors should recognize that these advantages could be decisive for future earnings. However, there is one reason why doctors in underdeveloped regions might not favor Vaxart's candidate.

While the scientific consensus is still forming, it may be the case that malnutrition makes oral vaccination less effective compared with intramuscular vaccination, especially in children. Therefore, clinics in areas with low food security might opt for a traditional formulation instead of Vaxart's solution.

Even with this potential disadvantage, I think that the vaccine's logistical strengths -- should it be approved -- will give the company an enduring advantage over the competition. Time will tell whether Vaxart's coronavirus candidate can live up to the necessary medical standards. In the meantime, look for the company's phase 1 clinical trial to start later in the summer.