A new lab in Tennessee will develop cells and packs for upcoming electric VWs.

Taking a page from Tesla's playbook, Volkswagen (VWAGY 0.93%) said that it plans to begin developing electric vehicle batteries -- including battery cells -- at its site in Chattanooga, Tennessee.

The German auto giant said that it will soon break ground on a new high-voltage laboratory for its engineering center in Chattanooga. The laboratory, which is expected to be up and running in the second quarter of 2021, will be tasked with developing and testing electric vehicle cells and battery packs for several upcoming Volkswagen electric vehicles aimed at the U.S. market. 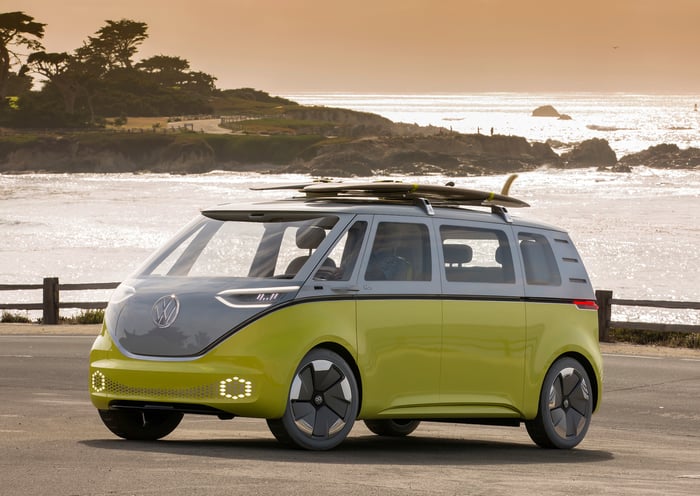 The new laboratory will include equipment needed to test prototype electric-vehicle battery packs under high pressures, at temperature extremes, and under simulated rough-road conditions, the company said.

"There are two ways that auto companies approach the development of electric vehicle batteries," said Wolfgang Maluche, Volkswagen's U.S. engineering chief. "A lot of them will farm out the development and testing of batteries to another company, and some will actually do the work of developing and testing in-house."

"We are doing the latter," Maluche said.

While Volkswagen will develop and test its own batteries in-house, it won't follow Tesla in manufacturing battery cells itself. The cells for U.S.-made VW electric vehicles will be manufactured by Korean battery specialist SK Innovation at a new factory in Commerce, Georgia.

Volkswagen said last year that it will invest $800 million to build a new electric vehicle, believed to be the production version of the I.D. Buzz show car, at the Chattanooga factory beginning in 2022.

Volkswagen Profits Surged in Q1, but the Chip Shortage Will Hurt Q2
397%