The home improvement retailer has weathered the recession thus far. Will this continue?

It may seem like a strange time to consider investing in Lowe's (LOW -0.02%). The U.S. economy is in a recession and people tend to buy less from the home goods retailer when their employment prospects weaken.

This makes sense since there is a correlation between homebuying and people doing improvement work. But with people stuck in the house, the company has done well recently as homeowners have done projects around the house.

With Lowe's share price up nearly 30% since the start of the year, investors are betting on continued strength. Is now a good time to jump in? 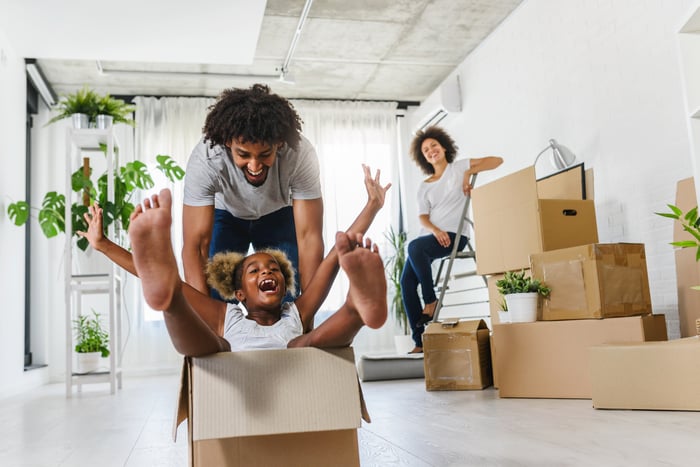 In the company's first fiscal quarter (ended May 1), its same-store sales rose 11.2% and its adjusted earnings per share jumped 45% versus the year-ago period to $1.77. Lowe's posted stronger results despite shorter store hours and higher expenses related to COVID-19.

Governments forced many other retailers to shut their doors, and after stay-at-home orders were issued, people turned to long-neglected tasks around the house and rushed out to buy essentials like cleaning products and refrigerators.

How long can this last? While no two recessions are alike, looking at what happened to Lowe's results during the last decade's recession is instructive. Comps fell 7.2% and 6.7% in 2008 and 2009, respectively. Its diluted EPS under generally accepted accounting principles (GAAP) went from $1.86 in 2007 to $1.21 in 2009. But sales and earnings quickly recovered, with a 1.3% comps increase in 2010 and EPS sharply rebounding to $1.42.

While Lowe's sales and earnings likely will feel the impact from the sluggish economy, it rebounded strongly after the recession. There was pent-up demand as people bought houses again and started major renovations that they had put off. After the temporary bump in the road last decade, sales reached over $72 billion last year and the company reported a string of positive comps numbers.

I believe that will happen again if demand for home improvement goods and services sags during this recession.

If earnings temporarily slump, you can rely on Lowe's to pay dividends. That is especially comforting during this time when the pandemic is creating uncertainty that is causing many companies to suspend their payouts.

David Denton, Lowe's chief financial officer, stated on the first-quarter earnings call that the company remains committed to returning capital to shareholders through its dividend program.

Paying the dividend is so important to the company that it has raised the payment for 57 straight years, making it a Dividend King.

The company has the cash flow to back this up. Last year, its operating cash flow was $4.3 billion and its capital expenditures were $1.5 billion, giving the company $2.8 billion of free cash flow. This was more than sufficient to pay the $1.6 billion in dividends.

The stock's strong run-up this year could come to a halt should the recession persist, particularly in the U.S., which accounts for over 90% of its sales.

However, if you are a long-term investor willing to live with a potential short-term hiccup, Lowe's has a solid foundation to invest in.