Meat shortages and a belief plant-based proteins boost health and immunity appear to be drivers.

A pair of recent surveys by the International Food Information Council (IFIC) indicate the sharp rise in sales of plant-based burgers and other imitation meat, including the products of Beyond Meat (BYND -3.96%), Tyson Foods (TSN -1.69%), Impossible Foods, and others resulted directly from the COVID-19 pandemic. Both meat shortages and attempts to eat healthier to achieve better immune strength appear to have increased consumer interest in the pea protein or soy protein based meat alternatives.

According to the results, approximately 25% of American adults have increased their plant-based protein intake since coronavirus began spreading across the USA. A follow-up survey indicated 40% of those surveyed (a sample of 1,000) think the plant-based proteins will bolster their health, providing more vitamins and minerals than ordinary meat products. 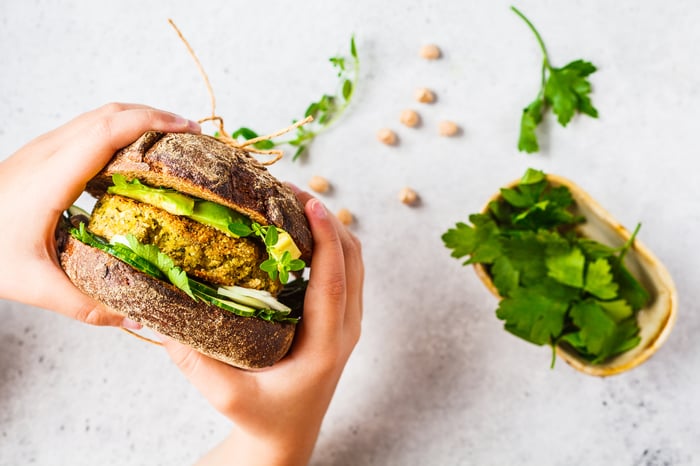 Meat shortages and disruptions to the meat supply chain may also be playing a role in mushrooming plant-based meat sales. According to the chairman of meat-free Atlantic Natural Foods, Doug Hines, "With the major meat manufacturers very hard hit during these times, and because consumers have grown wary of the meat supply on store shelves, they are naturally looking toward alternatives and plant-based foods."

While it is not entirely clear how likely increased meat prices are to shift demand toward generally more expensive plant-based proteins -- "I don't think plant-based convenience products are cheaper," dietitian Amber Pankonin said while discussing the trend with Healthline -- demand for such products has clearly strengthened during the pandemic. Beyond Meat has lowered its prices closer to those of actual meat, while Impossible Foods has increased its retail presence by approximately 6,000% since 2020's beginning.