Please ensure Javascript is enabled for purposes of website accessibility
Log In Help Join The Motley Fool
Free Article Join Over 1 Million Premium Members And Get More In-Depth Stock Guidance and Research
By Rich Duprey - Updated Aug 17, 2020 at 10:43AM

Maybe hedge fund operator Bill Ackman didn't like the fact that Warren Buffett sat on the sidelines after the markets tanked in March, missing out on one of the most remarkable recoveries in history.

Ackman's Pershing Square Capital Management sold all of its shares in Berkshire Hathaway (BRK.A 1.66%) (BRK.B 1.71%) in the second quarter and lined up with everyone else who wants a Popeyes chicken sandwich by adding to his stake in Restaurant Brands International (QSR 0.28%), the parent of Popeyes, Burger King, and Tim Hortons. 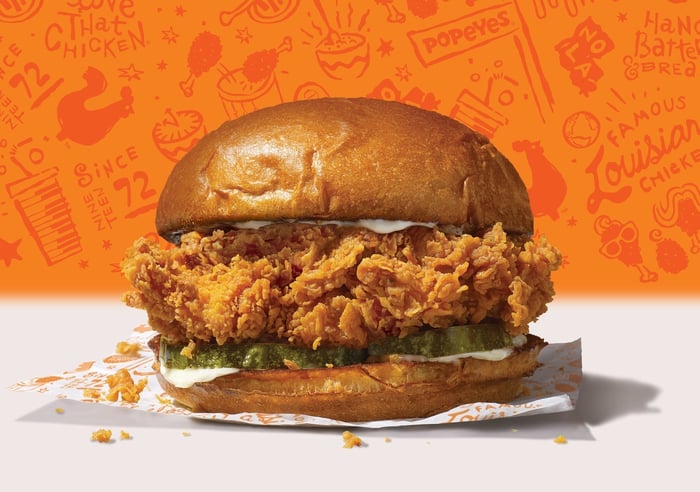 Ackman revealed in SEC filings on Friday that his hedge fund sold all 5.45 million shares of Berkshire Hathaway's class B shares it owned, which was worth almost $1 million back in May, and added about 10 million shares of Restaurant Brands International to its existing position, bringing the value of its holdings in the restaurant operator up to $1.3 million.

The Pershing Square fund also exited its position in Blackstone Group and Park Hotels & Resorts and reduced its holdings in Howard Hughes. It added more to its stake in DIY center Lowe's, which retains its position as the hedge fund's biggest holding at $1.7 million, followed by Restaurant Brands International, Chipotle Mexican Grill at $1.2 million, Agilent Technologies at $1.1 million, and Hilton Worldwide Holdings at $1 million.

Berkshire Hathaway did eventually get into the game, notably buying gold miner Barrick Gold, a seemingly contradictory move considering how he has criticized investing in gold in the past. But gold in the ground isn't the same as gold sitting under guard at Fort Knox, because a gold miner -- and Barrick Gold in particular -- can be a profitable source of productive assets.