As rival Xpeng prepares for an IPO, NIO is jump-starting its self-driving effort.

Shares of Chinese electric-vehicle maker NIO (NIO -3.69%) were trading higher on Monday after a report that the company had hired a new leader for its self-driving technology unit.

As of 2:15 p.m. EDT, NIO's American depositary shares were up about 6.1% from Friday's closing price.

TechNode reported that NIO has hired Shaoqing Ren, a computer-vision expert who co-founded Chinese self-driving start-up Momenta, to lead its self-driving development efforts. NIO is an investor in Momenta as is Mercedes-Benz's corporate parent Daimler.

According to the TechNode report, Ren will report directly to NIO's CEO, William Bin Li. 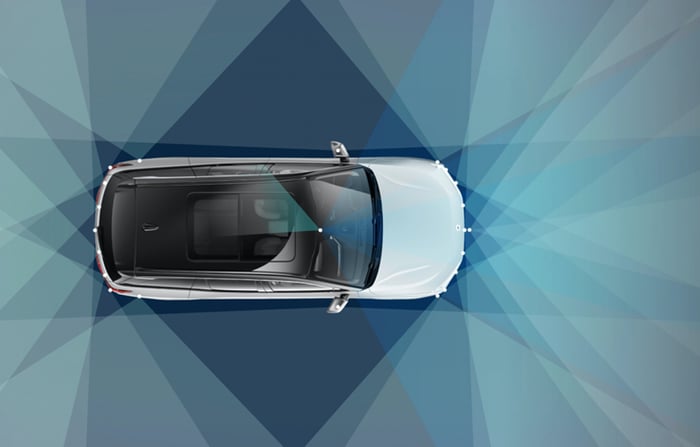 NIO's Pilot driver-assist system doesn't sell as well as Tesla's Autopilot, something the company would like to change. Image source: NIO.

During NIO's second-quarter earnings call last week, Li said that only about 25% of NIO buyers order the company's advanced driver-assist package, far lower than the roughly 68% of Tesla buyers who opt for Autopilot.

It's reasonable to expect that Ren will be tasked in the near term with improving the package, called NIO Pilot, to boost that percentage as soon as possible.

More broadly, Ren will now take charge of NIO's efforts to stay competitive with Tesla, which is making inroads in China, and with other rivals, including the soon-to-be-public Xpeng Motors. Xpeng is an up-and-coming electric-vehicle maker that has made considerable progress with its own advanced driver-assist systems.

NIO's self-driving research-and-development efforts seemed to slow down amid the company's cash crunch in the second half of 2019 and early 2020. Now, with nearly $1 billion in new funding secured, the company can give Ren and his new team ample resources to reaccelerate development.

Why Nio Stock Is Rebounding After an Early Morning Crash
356%