What can Shawn Carter teach you about investing your money?

In 2019, Shawn Corey Carter became hip-hop's first billionaire. Better known as Jay-Z, Mr. Carter didn't just make his money by rapping, although he's one of the industry's best-selling artists. Instead, he built a sprawling empire, including a music label, a sports management company, a streaming service, and a high-end sports bar.

With the Brooklyn-born rapper continuing to grow his net worth, there are certainly many investing lessons to learn, both from his business ventures as well as from his lyrics. Here are three of them. 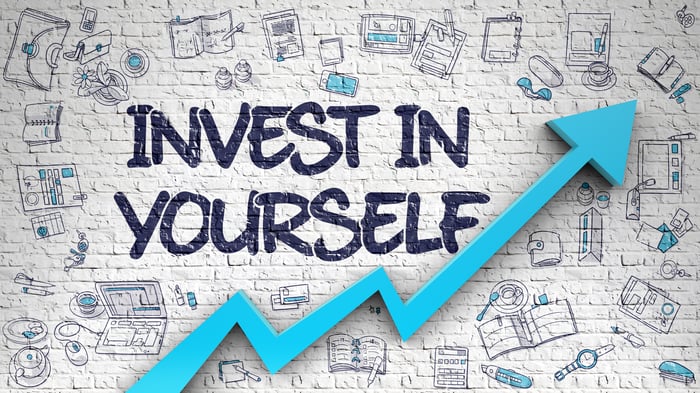 With many artists struggling in 2020 as the coronavirus put an end to live concerts, Jay-Z is still raking in the cash this year -- even without a new album release.

While it would have been simple for the rapper to stick with the music business, he definitely didn't put all his eggs in one basket. Instead, he spread his money across a diverse pool of investments and varied business ventures. In fact, Mr. Carter has reportedly amassed a valuable art collection; put $20 million into JetSmart, an app that aims to act as the "Uber for private jets"; invested in Uber; and opened several high-end sports bars and restaurants. The rapper also made more than $204 million in 2007 when he sold the Rocawear fashion brand to Iconix Brand Group. He's even started a fund, Marcy Venture Partners, L.P., which raised $85 million to invest in consumer-focused start-ups.

So while some of Jay-Z's ventures have suffered in the time of COVID-19, others, including Tidal, his streaming music service, as well as his alcohol brands, including D'Usse cognac and Armand de Brignac Champagne, have helped the rapper to grow his fortunes.

All investors should follow Mr. Carter's lead, acquiring stakes in companies across different industries and developing diverse income streams. Doing so reduces risk and maximizes the potential for economic gain, no matter what unexpected events come your way.

2. Invest in what you know and love

When Jay-Z formed Roc Nation sports, he told Variety "Because of my love of sports, it was a natural progression to form a company where we can help top athletes in various sports the same way we have been helping artists in the music industry for years."

In fact, many of Jay-Z's business ventures involve investing in companies the rapper personally enjoys. He's described his brands as an "extension" of himself, saying "They're close to me. It's not like running GM, where there's no emotional attachment."

By choosing to invest in business ventures he's intimately familiar with, Jay-Z increases his chances of being successful. Of course, he can also cross-promote his other ventures within his music, which means his investments play together nicely.

Investors should take this lesson to heart, buying shares of companies they understand and care about. Investing in things you love and holding for the long-term is much more likely to be a successful strategy for building wealth.

3. Commit to your goals

Jay-Z famously said: "You can want success all you want, but to get it, you can't falter. You can't slip, you can't sleep. One eye open, for real, and forever."

He's lived these words, repeatedly showing that when doors don't open for him, he finds a new way in. In fact, Roc-A-Fella Records was born because no major record label would sign him. Roc-a-Fella Records not only launched Jay-Z's career as a hip-hop superstar, which helped to make Mr. Carter's other business ventures possible, but also created an artistic empire and ultimately led to a multi-million deal with Def Jam Media Group.

While far too many people give up on the idea of building wealth because of obstacles such as a lack of money or lack of investment knowledge, Jay-Z shows that if you care about becoming successful, you'll find a way, and you won't give up at the first hurdle.

Build your wealth the Jay-Z way

In his hit song Legacy, Jay-Z made clear that he's thinking about the long term with his business decisions, because his goal is to build something to leave to his children and to create generational wealth.

This kind of big-picture goal, along with a desire to learn and a solid investment philosophy, have clearly paid off for the Brooklyn-born rapper. Hopefully, his advice will pay off for you as well.