Please ensure Javascript is enabled for purposes of website accessibility
Log In Help Join The Motley Fool
Free Article Join Over 1 Million Premium Members And Get More In-Depth Stock Guidance and Research
By James Brumley – Aug 18, 2020 at 11:10AM

Some of the top stocks to own aren't the ones that make for splashy headlines.

How do you find stocks to buy? Is your approach a from-the-ground-up process rooted in results that narrows a wide list of names down until you're only left with the best of the best? Or do you gravitate toward the media's most-watched and most-discussed stock names and follow the crowd? The latter happens more often than you think.

With that as the backdrop, here's a closer look at Jack Henry & Associates (JKHY -0.95%), Generac Holdings (GNRC 3.21%), and Ciena (CIEN -1.07%) -- three prospective purchases that aren't on Wall Street's radar but that have the right stuff for potential investment all the same. 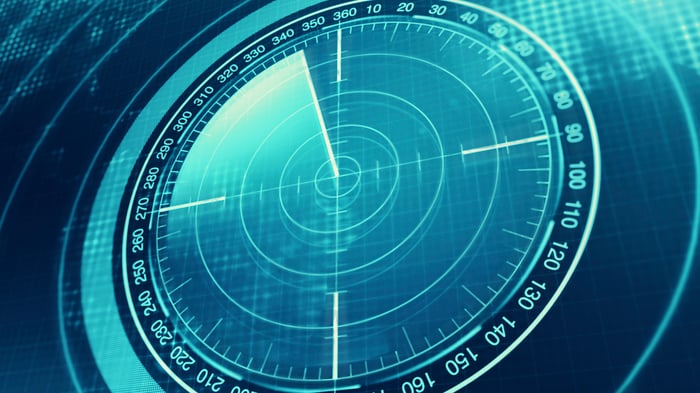 Jack Henry & Associates isn't just a name that's off Wall Street's radar. It's a name most investors may have never even heard of. The $15 billion software company helps retailers process payments, helps banks manage their financial details, and even has solutions for factories, insurers, and healthcare outfits. It's likely you've benefited from its wares without even realizing it.

It's an arena that includes higher-profile players like Visa, ServiceNow, and DocuSign, just to name a few. Software-as-a-Service (SaaS) has exploded in recent years, and the market is quick to fall in love with an organization that promises to revolutionize the idea with the product or service the world didn't know it was missing. That's not Jack Henry. It's been around for decades and has carved out a nice niche for itself by doing things that were fairly predictable.

That low profile, however, may ultimately be working to its advantage now. Its software may be such an integral part of its customers' daily routines that they can't afford to stop using it now. Jack Henry & Associates' revenue for the quarter ending in March was up 13% year over year, despite the COVID-19 headwind that was in place by the time the quarter ended. Sales and earnings growth is expected to slow for this full year, and next, but growth's in the cards all the same in an environment that's proving tough for plenty of companies.

2. Generac is powering up

A top tech name is one thing it isn't. But don't discount the potential of an old-school industrial name like Generac Holdings that solves an ever-expanding problem.

Generac makes a variety of goods, ranging from portable liquid pumps to pressure washers to mobile heaters. Its claim to fame, however, is electricity generators for the home and institutional markets.

The need for such solutions hasn't always been apparent. In recent years, though, the failings of the utility industry have prompted the search for self-sufficiency. For instance, the Camp Fire wildfires that ravaged more than 150,000 acres and destroyed nearly 19,000 structures in California in 2018 also caused power outages in undamaged areas. Some power customers in New York and New Jersey have also experienced the inconvenience of power outages related to this year's uncharacteristically hot temperatures that were exacerbated by damage done by Tropical Storm Isaias. Hurricanes hitting the United States are not only seemingly more frequent, but more powerful than they've been in the past, knocking out electrical service to greater numbers of customers, and for longer.

End result? The few analysts that cover Generac Holdings are collectively calling for a 7% improvement in this year's top line despite the impediment of the coronavirus contagion, and are modeling a reacceleration of top-line growth to a pace of nearly 11% next year. That growth will extend an unfettered growth streak that goes all the way back to 2013.

3. Ciena is a 5G centerpiece

Finally, add Ciena Corp. to your list of stocks to think about even though most folks on Wall Street aren't.

That's not to suggest Wall Street (or Main Street, for that matter) is entirely unaware of the $9 billion organization. About 20 analysts follow it and collectively rate it at a little bit better than a buy. That's just shy of deeming it a strong buy. The consensus price target of $61 is also a tad above the stock's present price of just under $60 per share. The pros hardly hate the stock.

They are arguably not paying enough attention to it, though, causing investors to do the same.

See, this networking and wireless-tech company is quietly responsible for helping to shape the 5G landscape as we know it. It's understood for some time that for 5G speeds to be possible in the number of deployments planned, conventional connectivity like fiber optics has to be part of the mix. That's why Ciena has been working on the solutions that fellow Fool Harsh Chauhan described last month, including 5G-optimized routers and 5G network automation software that serve as the backbone of a product line Ciena simply refers to as Adaptive IP.

Middlemen have already taken notice of Ciena's solutions. Earlier this month, Windstream announced it had tapped Ciena to supply the backbone of its planned National Converged Optical Network, or NCON. More such deals are apt to be in the cards too. Before the COVID-19 pandemic upended the world, 2020 was frequently touted as the year 5G would become the new normal in terms of wireless broadband speeds. We're now starting to see glimmers of a renewed effort to make that happen.