Under pressure to find an American buyer of the popular video-sharing app TikTok and its North American services and assets, Chinese owner ByteDance appears to have a bidding war on its hands. Database software giant Oracle (ORCL -0.90%) is reportedly throwing its hat in the ring, giving ByteDance an alternative to the previously proposed bid from Microsoft (MSFT 0.13%).

Oracle executives have reportedly met with ByteDance to explore a buyout of the popular video-based social network in North America, Australia, and New Zealand. The talks were first reported by The Financial Times with further detail provided by CNBC and Reuters. Anonymous insiders have told these news outlets that Oracle is "seriously considering" a bid of at least $20 billion and is hammering out further details together with some of TikTok's largest investors. 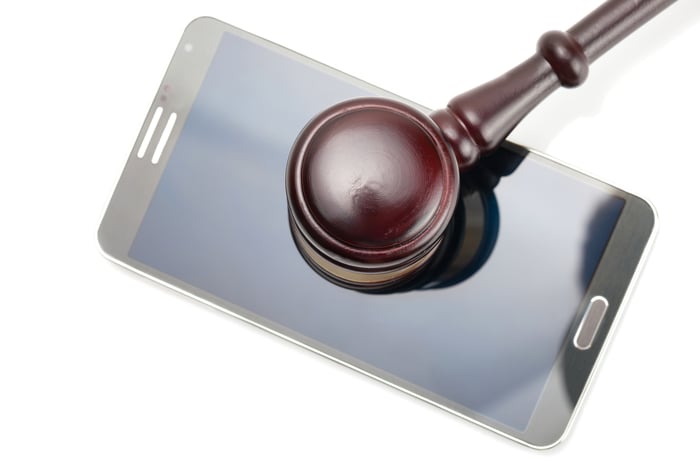 This is an unexpected potential lifeline for TikTok because Oracle has not shown any interest in consumer services before. The buyout would add an entirely new angle to Oracle's enterprise-focused business model. Microsoft was less of a surprise since that company is a major player in both business and consumer markets. These two proposals are said to be far more substantial than any other bid on ByteDance's table, including a tentative approach by fellow social media specialist Twitter (TWTR).

Coming up with at least $20 billion and perhaps as much as $50 billion will stress Oracle's financial assets more than Microsoft's. The database veteran's balance sheet weighs $43 billion of cash against nearly $74 billion of long-term debt. Microsoft's cash reserves add up to $136 billion, and its debt papers stop at $82 billion. Twitter's cash and debt balances are both in the single-digit billions. Oracle and Twitter will have to come up with some creative accounting ideas or additional deal benefits in order to beat Microsoft here.