Please ensure Javascript is enabled for purposes of website accessibility
Log In Help Join The Motley Fool
Free Article Join Over 1 Million Premium Members And Get More In-Depth Stock Guidance and Research
By John Rosevear – Aug 21, 2020 at 11:39AM

Shares of electric-vehicle charging network Blink Charging (BLNK -5.58%) were down sharply again in early trading on Friday. Blink's stock began sliding on Wednesday morning, when a short-selling firm released a blistering note alleging that the company has exaggerated the size of its network. 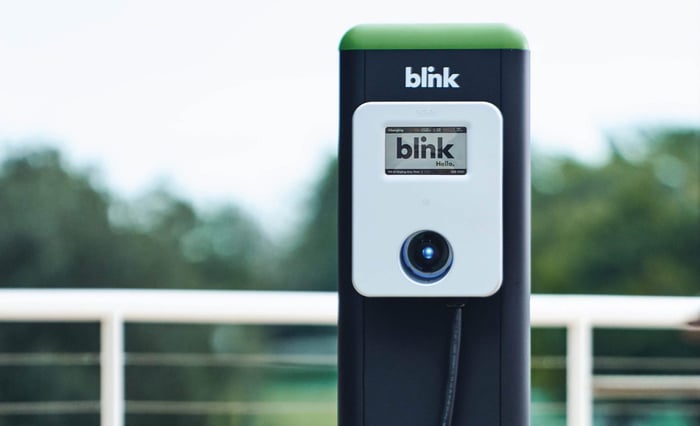 Culper Research revealed on Wednesday that it had opened a short position in Blink's shares after its analysis concluded that Blink's public charging network has just 2,200 operational stations, far fewer than it has claimed.

Blink has claimed repeatedly, as in this tweet from Monday, that it has "over 15,000 chargers" in its network.

Blink didn't respond to the allegations until Thursday afternoon, when it said in a statement that it had become aware of "false, defamatory, and anonymous reports" that it believes were "intended to manipulate our stock price downward in support of short sellers."

Apparently that wasn't enough to reassure auto investors, who continued to sell off their Blink shares on Friday morning.

Given that the stock is down again today, I think Blink needs to say more to reassure its investors. While the company said that it has retained counsel and that it is reporting the "manipulation" to regulators, its short statement didn't address the specific allegations made by Culper on Wednesday.

If nothing else, I think Blink needs to clarify how many public chargers there are in its network, and — if that number is significantly less than 15,000, as Culper alleges — why it felt the need to claim the larger total.