Its business model created great returns for Netflix over the last decade.

I have said this before and I'll probably say it again: Roku (ROKU 1.47%) is one of the best buys on the market right now.

The media-streaming technology expert is building a massive user base as we speak, leaving the profits for later. Roku is following the hypergrowth model that generated 2,560% returns for Netflix (NFLX 0.47%) over the last 10 years, and many investors just don't see it yet. Investing before people catch on to this incredible strategy could make you rich in the long run.

Let me show you what I mean. 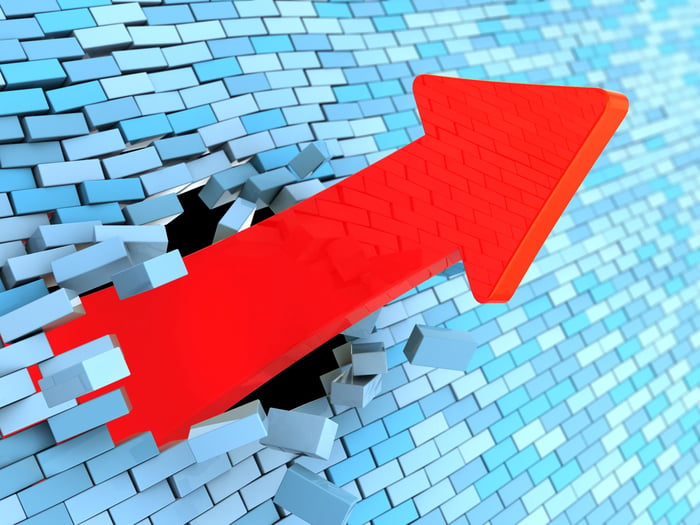 A habit of big top-line surprises

Roku has a habit of crushing Wall Street's revenue targets. The company grew its sales year over year by 42% in the second quarter of 2020, while your average analyst had been expecting a 26% increase. In the first quarter, Roku's sales rose by 55%, and the Street would have settled for 48%. The holiday quarter of 2019 saw a 49% revenue jump, leaving analysts' 42% estimates far behind.

This is more than a bad guess or two, it's a pattern. Roku has exceeded Wall Street's top-line targets in every report as a public company, which makes for an unbroken 12-quarter streak so far.

The second-quarter report in early August highlighted the mismatch between investor expectations and Roku's actual results in thrilling detail. The company added 3.2 million net new accounts during the quarter to reach 43 million registered users. That's a 41% increase from the year-ago period. Revenue rose 42% to $356 million, leaving the analyst consensus of $315 million far behind.

Let's compare this performance with Netflix's fortunes at a similar point in its market-smashing growth story. That company collected $360 million in revenue in the fourth quarter of 2008. The DVD-by-mail rental pioneer had 9.4 million subscribers at the time, a 26% year-over-year increase. The results exceeded analyst expectations across the board, but The Wall Street Journal argued that the company's business model was badly broken.

That was at the very beginning of Netflix's venture into digital streaming services. Share prices rose 12% that year, which looks impressive next to the 38% drop in the S&P 500 during the subprime mortgage meltdown but didn't really do justice to the incredible returns Netflix would deliver over the next 11 years. If you bought $10,000 of the stock at the end of 2008, you'd be a Netflix millionaire today: 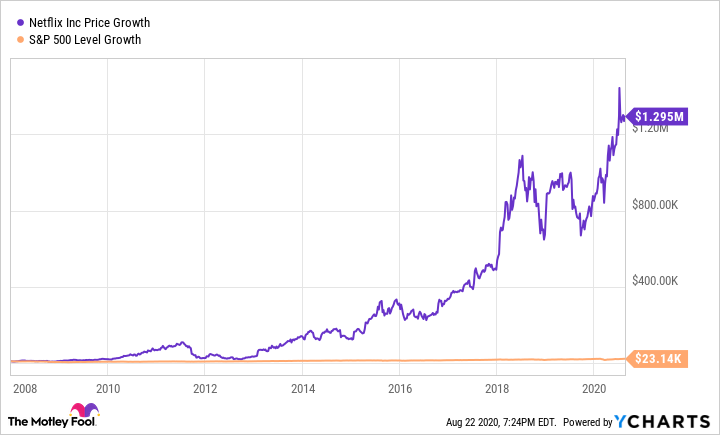 How that blast from Netflix's past relates to Roku today

Roku's results are more impressive today than Netflix's were in 2008. The company is establishing itself as a leading provider of user-friendly media-streaming platforms at a time when Netflix and others are building immensely popular streaming services. I didn't pick Netflix out of a hat. The company has a long-standing partnership with Roku, and the two businesses benefit from the same cord-cutting trends.

And the lessons learned from Netflix's explosive growth seem to be lost on Roku's critics right now. Roku is focusing every ounce of effort on maximizing its subscriber counts and revenue growth, paving the way toward incredibly profitable results many years down the road. That's exactly how Netflix built a $217 billion market cap.

Roku could certainly have picked a worse role model than Netflix. And you would think that Roku would be an obvious winner in the stay-at-home era of COVID-19 mitigation, but neither analysts nor market makers seem to have caught on. The stock is up only 10% in 2020, just ahead of the broader market's 5% gain and a long way behind fellow coronavirus winner Netflix at 52%.

This stock is insanely undervalued right now. The company's growth prospects are immense, and the global health crisis is only accelerating them. The stock chart tells a different story, which means that buying Roku shares today should set you up for huge returns as the market slowly comes to its senses.

I love Netflix and would gladly buy that stock today, but Roku is an even better investment in my eyes.