The company apparently hopes to start as soon as the end of August.

Is your local Apple (AAPL -0.34%) store open or closed? Many of the company's retail outlets closed and then reopened -- only to close once more after COVID-19 cases surged in certain areas of the U.S.

But reopening is again on the table, according to an article published Monday afternoon in Bloomberg. The report, citing "people with knowledge of the matter," says that Apple intends to begin reopening U.S. stores that were recently shuttered in the wake of the novel coronavirus. This could start as soon as the end of this month. 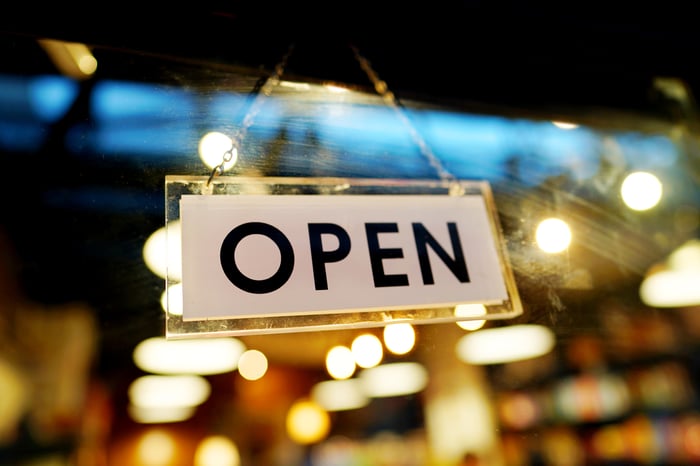 The article's sources said without elaboration that a "small number" of stores might be reopened in the coming days, although it was not clear which ones. Apparently, the outlets turning back on their lights will initially operate on an appointment-only basis.

When the pandemic started to worsen stateside in March, Apple shuttered all 270 of its stores in the U.S. Two months later, it began reopening, only to reverse course in over 120 instances due to a resurgence of COVID-19 cases in various locations around the country. Now that both cases and deaths are declining in many areas, Apple is once again aiming to open doors.

Apple refused to comment on the Bloomberg report. Previously, the company emphasized that its digital store remains open for business, and service and support can be readily obtained online.

While Apple's brick-and-mortar stores are not necessarily foundational for its business, investors were nevertheless cheered by the company's apparent new push to reopen. Apple stock rose 1.2% on Monday, outpacing the increase of the S&P 500 index.