Movie theaters in China are returning to normal, with the newly released film The Eight Hundred getting off to a strong start. The movie began preview screenings on Aug. 14, and since then has racked up $116 million in ticket sales. This could be good news for the upcoming blockbuster Tenet.

The Eight Hundred's early success is also good news for entertainment-technology company IMAX (NYSE:IMAX). It was shot entirely with IMAX cameras, which has helped the company capture a large percentage of overall ticket sales. 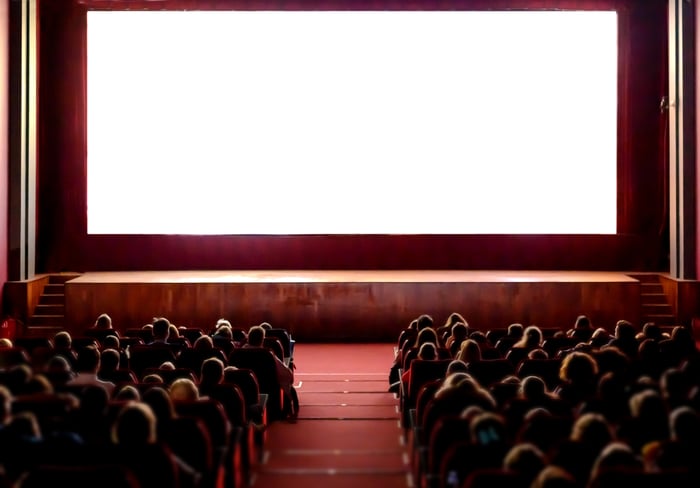 Unlike the crowd in the picture, movie theaters in China are still limited to 50% capacity. Image source: Getty Images.

In China, IMAX screens were closed for six months due to the COVID-19 pandemic, a strain on the media company. They started reopening on July 24, but only showed films that had been previously released. The Eight Hundred is the first new film released on IMAX screens in China since the coronavirus started.

IMAX has more than 700 screens in China. About 650 have reopened and are showing The Eight Hundred, a Chinese historical war drama. Theaters are still limited to 50% capacity, but there's clearly demand for a return to the movies. The film sold out its limited seating at IMAX screens more than 550 times in the first two days of release. For its part, IMAX has captured 6.5% of overall ticket sales so far.

This could point to strong box office demand when Tenet debuts internationally tomorrow and in the United States on Sept. 3. The film was produced by Warner Bros. Pictures, which is owned by AT&T.