While both have fared well this year, the diversified offerings of a wholesale retailer offers more appeal.

While both Best Buy (BBY -1.29%) and Costco (COST 0.91%) have done better than most other retailers during the pandemic, only one reigns supreme. Costco is by far and away a better buy. The wholesale giant has a much broader business and still manages to prove retail exposure to a lot of electronics. Best Buy has indeed seen strong increases in its e-commerce sales during the era of social distancing, but its top-line growth doesn't compare to Costco.

Let's look at the numbers. 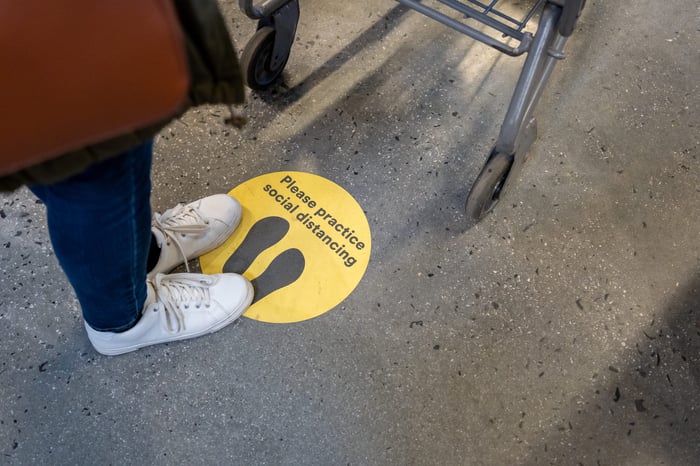 Overall, both companies have seen some advantages and disadvantages over the course of the pandemic. Costco's diversified offerings at very competitive prices made it a one stop shop for many during the toughest parts of the shutdown. For its third fiscal quarter ended May 10, Costco reported total comparable sales growth of 4.8%. E-commerce sales increased 64.5%. Total net sales were up 7.3% to $36.45 billion.

Best Buy has put up some big online sales figures this year, as shoppers moved online as the shutdown limited access to stores. Domestic online comp sales increased over 155% in the fiscal first quarter, and 242.2% in the fiscal second quarter. Overall, net revenues through the first six months of the fiscal year are down to $18.47 billion vs. $18.67 billion a year ago.

The company didn't provide enthusiastic expectations going into the second half of the year. Best Buy was cautious about what's to come, based on the unpredictable variables of another possible stimulus package and unemployment numbers. The company was boosted by demand for equipment for remote work as well as the back to school season. But that demand won't be there in the same way moving forward.

They're both promising, but Costco is better

There's a reason both companies have done better than many retailers during the pandemic. Both avoid reliance on clothing, which has seen contracting demand so far this year. Overall, Costco still offers a better opportunity to invest. The company has a diversified product lineup that covers such a large array of inventory. This makes it an appealing shopping destination for a larger audience of consumers.

Again, both of these companies have potential when you look at their strong online sales growth. That being said, Costco offers that one stop shop experience that is perfect for consumers looking to get everything they need in a time of continued social distancing and limited outings.

Best Buy Is Shrinking: Time to Sell the Stock?
363%