If you spend time looking at Tesla (NASDAQ:TSLA), you'll eventually come across this comparison: "It's like Amazon (NASDAQ:AMZN) early on!" (i.e., it lacks sustained profits because it's reinvesting in the business, or it's actually a "software/ platform company"). It's understandable. After all, what company wouldn't benefit from the comparison to the juggernaut that Berkshire Hathaway vice-chairman Charlie Munger once called "an utter phenomenon of nature."

There are some superficial similarities. For example, both companies are headed by visionary leaders with seemingly no limit to their ambition for the companies they helm. However, there's one point of comparison that is never made, and it concerns the nature of their chief executives' compensation. 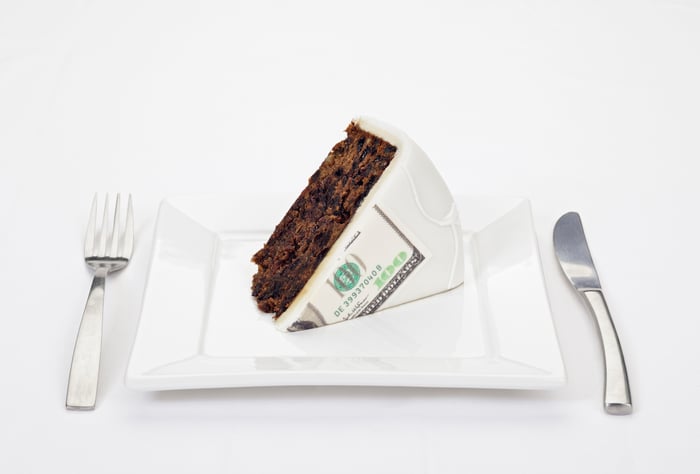 The table below describes the cash components of Elon Musk and Jeff Bezos's compensation, along with some explanatory notes from Tesla and Amazon's proxy statements:

As far as cash compensation goes, the numbers are essentially the same. While Mr. Musk doesn't actually receive any cash, let's face it: $1.7 million  is a rounding error for a deca-billionaire. In fact, given Elon Musk's 193.3 million-share stake, that figure represents less than a $0.01 change in Tesla's stock price.

But that's where the similarity ends.

No stock-based compensation. Ever.

You see, Jeff Bezos receives no form of compensation beyond what is listed in the above table.  As Amazon's proxy statement explains,

[d]ue to Mr. Bezos' substantial stock ownership, he believes he is appropriately incentivized and his interests are appropriately aligned with shareholders' interests. Mr. Bezos has never received any stock-based compensation from Amazon. (emphasis added).

In other words, because he is already Amazon's largest shareholder, with 11.2% of the shares outstanding, Bezos believes that he is "eating his own cooking" and does not need any additional incentive to pursue his shareholders' best interests in his capacity as chief executive officer.

Evidently, Elon Musk doesn't feel the same way with regard to his stewardship of Tesla, and neither do his directors.

At the end of 2016, Mr.  Musk owned 22% of Tesla's shares outstanding. But with his "2012 CEO Performance Award" nearing completion, Tesla directors weren't convinced that a better than one-fifth stake in the company provided sufficient motivation to ensure his continued loyalty and diligence on behalf of shareholders.

Thus, in early 2017, the board began discussions on "how to continue to incentivize Mr. Musk to lead Tesla through the next phase of its development."

By January 2018, following "more than six months of careful analysis and development led by the Compensation Committee," the board granted Elon Musk the "2018 CEO Performance Award," which was approved with approximately 73% of the shareholder votes cast by shares not owned by Musk or his brother -- and fellow Tesla board member -- Kimbal.

The award vests in twelve tranches that correspond to $50 billion increments in Tesla's market capitalization, beginning at $100 billion. If all the required market capitalization and associated operational milestones are met, it would enable Mr. Musk to purchase an amount of shares equal to 12% of Tesla's total shares outstanding at the time of the grant, at a price of $70 (the then stock price, split-adjusted). Based on Monday's closing price of $498.32, each tranche has an intrinsic value of $3.6 billion. As of July 24, two tranches have already vested, and the company expects the third tranche to vest during the current quarter.

If Tesla achieves all the required milestones to collect all twelve tranches, it'll have a market capitalization of over $650 billion, and investors who have owned the shares from the inception of the Award will have scored an extraordinary return. Surely Elon deserves to share in that success?

To that question, I reply: Amazon wasn't the same. Jeff Bezos shepherded his company from an idea to a business with $1.7 trillion in market capitalization without receiving any stock-based compensation. His original stake in the company provided all the motivation he needed and all the material reward he could wish for if he succeeded. That suggests a difference in the two men's visions of their relationship with their shareholders. Or as Warren Buffett once said of Microsoft (NASDAQ:MSFT) co-founder Bill Gates:

[H]e’s also never taken an option, and I don’t believe [former Microsoft CEO] Steve Ballmer has either. They have gotten rich with their shareholders and not off of their shareholders, and that’s an attitude we admire.

Those different visions are echoed -- and sanctioned -- at the board level: Directors are responsible for devising a compensation program for the chief executive. The difference in corporate governance is one of the reasons why I believe that, despite the size differential between the two companies, Amazon's stock will outperform Tesla's over the next five, ten, and twenty years.  When all is said and done, I know with whom I'd rather ride.