Please ensure Javascript is enabled for purposes of website accessibility
Log In Help Join The Motley Fool
Free Article Join Over 1 Million Premium Members And Get More In-Depth Stock Guidance and Research
By David Jagielski - Sep 4, 2020 at 10:02AM

Investors should stay far away from these expensive companies.

It's been an odd year in the markets. What looked like it would be a difficult 2020 due to COVID-19 has turned into eight months in which the S&P 500 has climbed by a very respectable 10%. There's a real disconnect between Wall Street and what's happening in the economy, where job losses are in the millions and the recession may not be over anytime soon.

Along the way, many stocks are rising and trading at ever more expensive valuations. These prices could make them vulnerable if there's a correction, which at this point seems inevitable. Canopy Growth (CGC 4.76%), Zoom (ZM 1.35%), and Workhorse Group (WKHS 10.69%) are great examples of stocks you should steer clear of right now. Here's why.

Canopy Growth shares are down 23% in 2020. For a normal stock, that might be bad news. For a Canadian cannabis stock, however, that's average -- the Horizons Marijuana Life Sciences ETF (HMLSF -0.64%) is down by a similar amount this year.

Canopy Growth, however, has been falling out of favor with investors for awhile now because of its poor results. In its most recent earnings report, released Aug. 10 for the first quarter ending June 30, its net sales of 110.4 million Canadian dollars were up a modest 22% year-over-year. The number's not a whole lot higher than the fourth quarter, when it generated CA$107.9 million in net revenue. And pot sales in Canada have been strong amid the pandemic, making the recent results all the more disappointing. 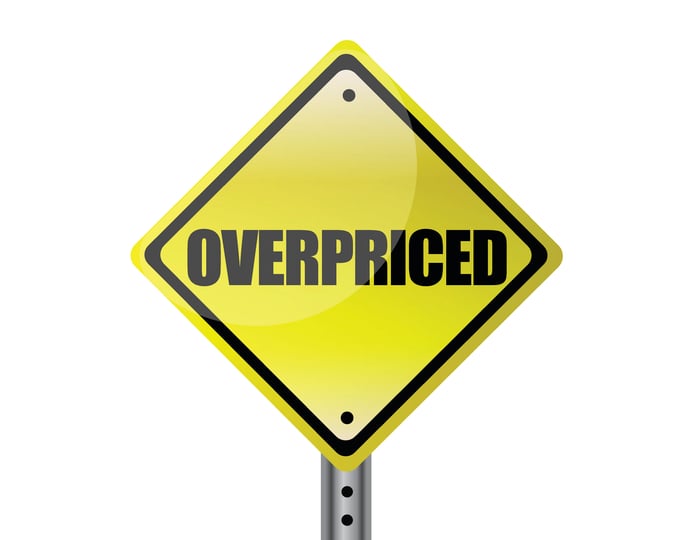 However, the lackluster results might not be all that surprising. Management has referred to the current fiscal year as a "transition year," which is a clear indication that investors shouldn't be expecting too much. Canopy Growth's new CEO, David Klein, who came from Constellation Brands (which has invested more than $4 billion into the Ontario-based pot producer) this year, is looking to clean up and strengthen the company's financials. Canopy Growth has reported an operating loss in each of the past five years, and those losses have been growing in size along the way.

Canopy Growth's price needs to fall more before the stock can be a good buy -- when compared to its Canadian peers, its shares' price-to-sales (P/S) ratio indicates that it's grossly overvalued. 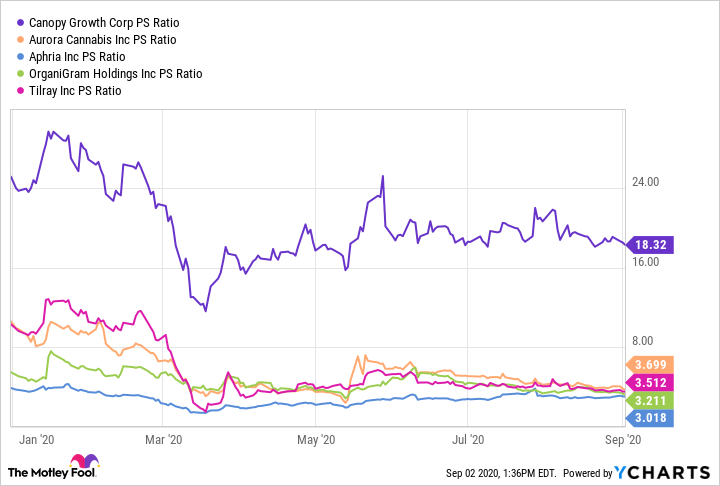 Unlike Canopy Growth, Zoom's got no problems growing. It released its most recent quarterly results just days ago, on Aug. 31, for the period ending July 31, and revenue of $663.5 million was up an incredible 355% from the prior-year period. That's more revenue than it saw in its entire last fiscal year ($622.7 million). One of its key metrics, corporate customers with 10 employees or more, reached 370,200, an increase of 458% from just last year.

There's no denying the significant increase in the number of people who are using Zoom to videoconference. It's a trend that's going to continue during the pandemic, and perhaps even once it subsides. Using Zoom is cheap, and it's an easy way to connect with people.

But the stock's so absurdly expensive right now that even this great business is just not worth investing in at this premium. On the news of its earnings, the stock skyrocketed 41% -- in just one day. Year to date, Zoom's share price is up more than 530%.

With a market cap of about $121 billion, the stock's now trading at a P/S of 90 -- up from about 70 a year ago. And with competition from Microsoft Teams, Facebook Messenger Rooms, and Google Meet, it's not as if Zoom has the market for its services cornered here. There's a real danger it could lose market share, making its current steep premium even less justifiable.

Investors are bullish on electric-powered vehicles, and Workhorse's stock is benefiting from that in a big way, as its share price is also up by about 530% year-to-date. The company manufactures electric utility and delivery vehicles. The stock took off in June when the company announced that its C650 and C1000 electric delivery vans had completed Federal Motor Vehicle Safety Standards testing, paving the way for their sale and production in the U.S.

Then the stock got another boost when it issued a press release announcing it had obtained financing of $70 million from an institutional investor. Not only is the funding important to help Workhorse with the production of its vehicles, but getting an institutional investor involved helps add credibility to the company, as such an investor will do a lot more due diligence than a retail investor might when investing in a company.

But at the end of the day, investors are paying a significant premium for potential growth. In its second-quarter results, released Aug. 10 for the period ending June 30, Workhorse generated sales of just $92k, and reported a loss of $131.3 million.

The risk is that as COVID-19 continues to weigh down the economy, businesses and governments will have less to spend on capital expenditures. That could jeopardize the long-term prospects for Workhorse, and the demand for electric vehicles. With an incredible P/S ratio of about 7,000 (a year ago it was at 280), Workhorse is the most absurdly priced stock on this list.

With valuations high in the markets right now, it's more important than ever to consider multiples like P/S and other ratios when investing. Stock prices are getting out of control, and one way investors can ground themselves is by considering a stock's price in relation to earnings or sales to see whether it's reasonable compared against other companies and historical benchmarks.

By ignoring such multiples, you may be taking on significant risk if there's another crash in the markets, as highly priced stocks could suffer the steepest losses when investors look for safer investments to put their money into.