Shares of Canopy Growth Corporation (CGC 1.02%) fell 12.1% during the month of August, according to data from S&P Global Market Intelligence. The Canadian cannabis company reported earnings during the month, which wasn't enough to sustain the company's late July surge, when it announced its direct-to-consumer e-commerce shop in the U.S. Continued struggles in the brick-and-mortar retail business in Canada revealed themselves in relatively low growth numbers and a worrisome decline in gross margins. 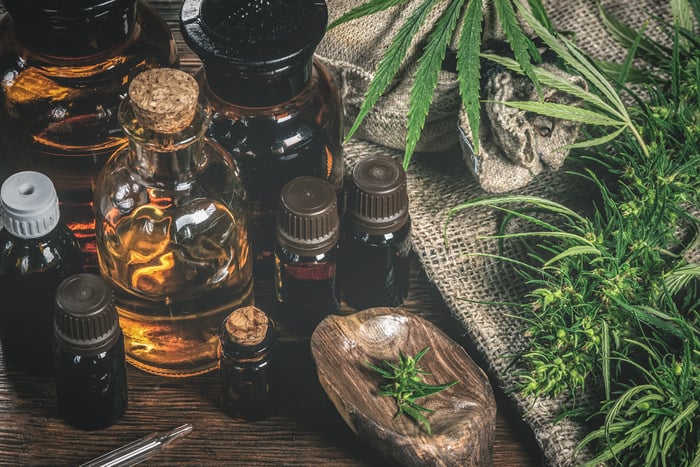 Part of the reason for the August decline was Canopy stock's strong performance at the end of July, after the launch of ShopCanopy.com, its new U.S.-based e-commerce site, on July 27. Given that cannabis is still illegal in the U.S., the site only features Canopy's hemp-derived CBD products; most notably, its new Martha Stewart CBD product line.

On the May conference call from the previous quarter, new CEO David Klein, who came from Canopy investor Constellation Brands (STZ 0.09%), noted that the U.S. CBD market is forecast to reach $10 billion in the next few years, so the company's aggressive moves in e-commerce with recognized celebrities backing its brands got investors enthusiastic.

That enthusiasm fell back to earth, however, when the company reported earnings in early August. Revenue grew 22%, somewhat underwhelming for a company in a high-growth industry. More concerning is that adjusted gross margin fell to just 7% from 20% in the year-ago quarter. According to Klein, the reason for the low margin is that Canopy has high fixed costs in anticipation of more growth -- enough to support $2.5 billion to $3 billion in revenue versus just CA$110 million in the quarter.

With continuing losses from its heavy infrastructure investments and demand still a question mark, Canopy's ample cash hoard has decreased by about CA$1.1 billion, from CA$3.1 billion to CA$2 billion in just one year. The company continues to struggle with demand in Canada, due to both regulatory delays for retail rollouts and COVID-19.

In addition, the cheaper black market continues to be a problem. Canopy has been able to lower its EBITDA and cash burn losses by cutting selling, general, and administrative expenses, but that can only go so far.

As such, I would still steer clear of Canopy -- or any other Canadian cannabis producer, for that matter -- until the various problems around Canadian retail distribution, black market sales, and U.S. legalization are clarified further, or until these companies show evidence they can turn a profit. Until then, the entire cannabis industry remains a no-go for me, and should be for all but the most speculative investors.