Shares of Cronos Group (NASDAQ:CRON) declined 17.7% in August, according to data from S&P Global Market Intelligence. The Canadian cannabis stock declined after a downbeat earnings report early in the month that highlighted a number of problems going on in the legal weed industry in Canada. 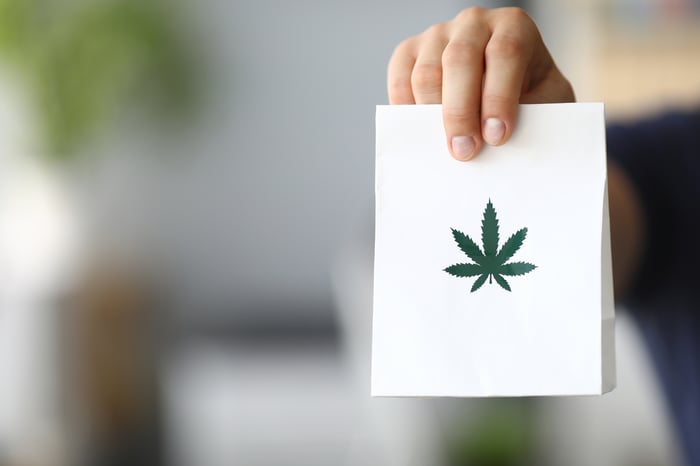 During the second quarter, Cronos reported revenue growth of 29%, but basically all of that growth came from the 2019 acquisition of Redwood Holding Group, a U.S.-based cannabidiol (CBD) company. Outside of that, Cronos' revenue barely grew on an organic basis.

Even more concerning was a negative gross margin of -30%, or -$3 million. That ugly looking number was mainly due to a $3.1 million inventory writedown. Pot stocks have a strange accounting rule they must follow regarding recording profits in inventory, and some previously recorded revenue had to be reversed due to plunging cannabis prices in Canada. Still, even without the inventory adjustment, gross profits would have only been $0.1 million, or 1%. Adjusted operating losses nearly doubled to -$31.3 million from-$16.8 million in the year-ago quarter.

As I would for all other cannabis stocks, I'd recommend steering clear of Cronos. The industry is in quite a difficult place right now, as oversupply has overwhelmed the stalling rollout of Canadian retail outlets, and high taxes are enabling difficult black market competition. Cronos is having to invest in R&D, sales and marketing, regulatory requirements, and production capacity all while having to contend with slow revenue growth and margin compression -- not a good combination.

One thing Cronos does have going for it is an excellent balance sheet, with just over $1.3 billion in cash and short-term investments, courtesy of a $1.8 billion investment from cigarette giant Altria (NYSE:MO) in March of 2019. However, if the industry doesn't work out its problems, Cronos' cash hoard will continue to dwindle over time. Even though Cronos' market cap is only $1.9 billion, it's still a speculative bet in a risky, quasi-legal industry.