Please ensure Javascript is enabled for purposes of website accessibility
Log In Help Join The Motley Fool
Free Article Join Over 1 Million Premium Members And Get More In-Depth Stock Guidance and Research
By Keith Noonan – Sep 8, 2020 at 9:37AM

Activision Blizzard (ATVI -0.71%) released Tony Hawk's Pro Skater 1+2 (THPS 1+2) on Sept. 4, and early signs are pointing to the game being a big hit. The title bundles remade versions of the first two games in the skateboarding video game franchise, and the package has been scoring rave reviews from fans and critics, and posting encouraging early sales data.

As of this writing, the game has an average score of 88 out of 100 from critics on the review-aggregating site Metacritic and has a user-rated score of 91. The game also came in as the second-best-selling title in the U.K. in the week of its release, trailing only Marvel's Avengers from Square Enix and Disney. 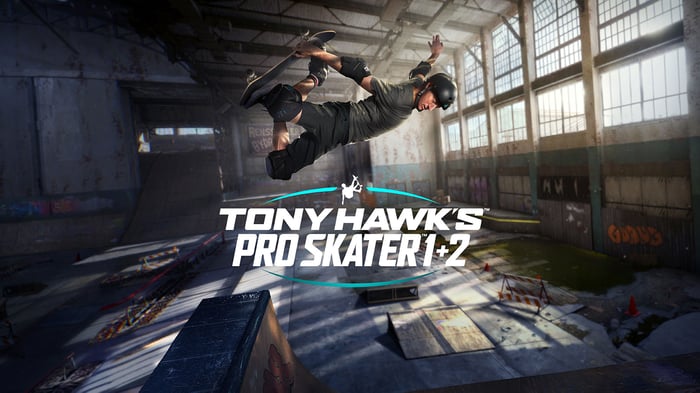 What does it mean for Activision Blizzard?

THPS 1+2 seems to be going over very well with fans of the original video games in the series, and the favorable reception should position the title to post strong sales over the long term. The game's first-week sales in the U.K. were a whopping 448% higher than those of Tony Hawk's Pro Skater 5, released back in 2015.

The Tony Hawk franchise was enormously popular from the late 1990s through the mid-2000s, but declining quality for releases in the series corresponded with waning sales. Success for the remake collection could pave the way for additional titles in the franchise being remade or the development of brand-new sequels. THPS isn't as important for Activision as Call of Duty or Candy Crush Saga, but strong performance for the recent franchise entry could breathe new life into the property and be enough to move the needle in the company's next earnings report.