Amazon (NASDAQ:AMZN) has said that it will add 100,000 new small businesses to its selling platform in the coming year, a 20% increase over the half-million that currently sell there, while also spending $18 billion in 2020 to help them reach more customers and grow sales.

The e-commerce giant told the U.S.-based small- and medium-size businesses attending its virtual Amazon Accelerate summit that it has already released more than 135 tools and services this year to help sellers manage their Amazon businesses. 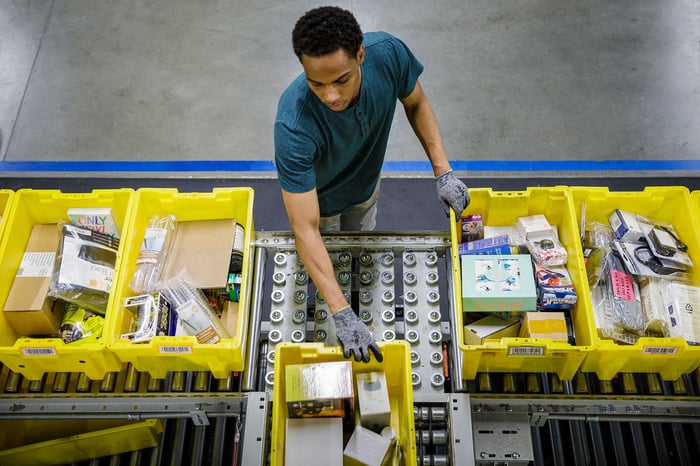 The two faces of Amazon

Third-party sellers have long grumbled about how Amazon treats them. Earlier this year, Amazon said it "accidentally" hid products being sold by third-party sellers that offered faster delivery times, after the e-commerce company prioritized stocking and delivering essential goods during the pandemic. It also irked third-party sellers by changing a number of its shipping policies, such as suspending fulfilling orders for nonessential products.

At a big tech antitrust hearing last month, the retailer was accused of blocking certain sellers from selling goods on the site, while using data Amazon collects from their sales to develop its own private-label goods to compete against them.

The summit was a way for Amazon to counter the perception it was undermining third-party sellers, which account for more than half of all sales made on the platform.

It doesn't make sense for us to limit the performance of sellers in any way. Prioritizing sellers' success is just a total no-brainer for us. Our goal is to help sellers thrive.

Amazon said it would spend an additional $100 million to promote small businesses on Prime Day, which was rescheduled from July to October because of the pandemic. Third-party sellers sold more than $2 billion worth of goods on Prime Day last year.