Game developer may have bitten off more than it could chew.

The impact of Apple (AAPL -0.44%) kicking out Fortnite from the App Store may be far greater than what developer Epic Games imagined when it stirred up a hornet's nest by challenging Apple's commission fee structure.

The video-game developer revealed in a new court filing on Friday the number of iPhone users playing the game plunged 60% following Fortnite's removal from the App Store, which could cause Epic to "suffer irreparable harm."

Epic is asking the court to reinstate Fortnite to the App Store by issuing a preliminary injunction against Apple. 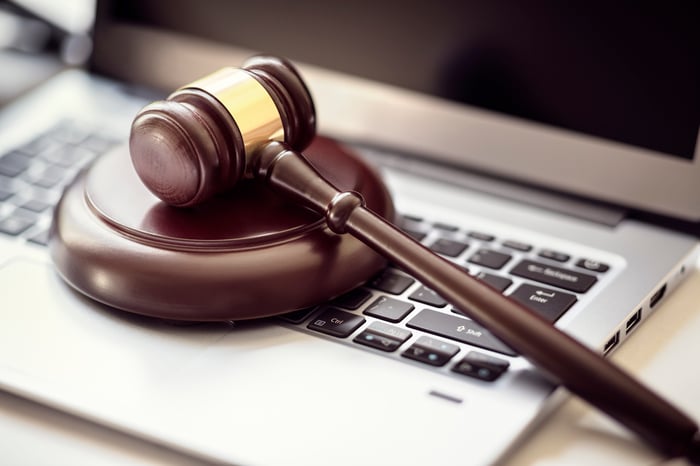 Reap what you sow

Apple's iOS mobile operating system is critical to Fortnite's success. Players can access the game via Microsoft's Xbox game console, Nintendo's PlayStation and Switch, as well as on PCs and Mac computers. However, of the 350 million registered users of the game, 116 million, or 33%, access it through iOS more than any other platform.

Epic complains that new users are unable to download the game to their iPhone, and existing users are unable to get updates, because Fortnite players are required to have the same software version to play online together. Consequently, many others end up not being able to play.

The standoff occurred because Epic objected to Apple's 30% commission on purchases made through the App Store. Epic allowed users to bypass the platform and pay the fee directly, and though developers have long chafed at paying it, no one until Epic challenged the system for fear of being cut off from iOS.

Although a judge recently agreed on Epic's motion to temporarily keep its Unreal Engine in the App Store because third-party developers using it have separate agreements with Apple, it seems Epic's current plea will still run up against the judge's opinion in that other filing that Epic's "predicament appears of its own making."