A poor earnings report sparked a sell-off of the stock.

Shares of laser and optical equipment specialist Coherent (COHR) tumbled by 18.9% in August, according to data provided by S&P Global Market Intelligence. Meanwhile, the S&P 500 was up 7% for the month.

Coherent's shares suffered a big drop on Aug. 4, after it reported disappointing earnings for its fiscal third quarter, which ended July 4. 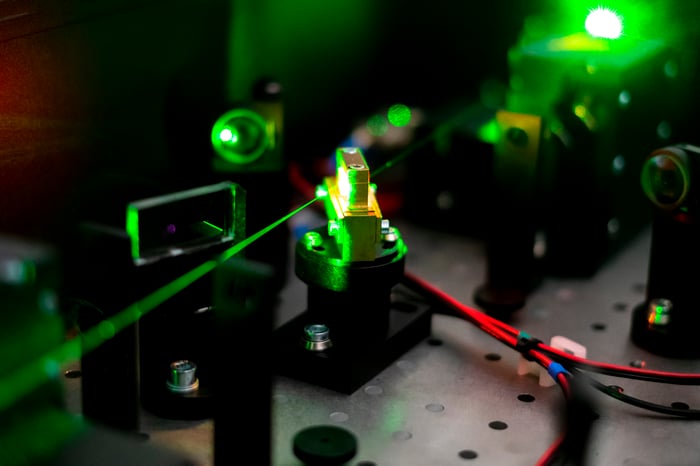 CEO Andy Mattes blamed COVID-19 for the underperformance, but still described the quarter's results as "encouraging." He added, "We grew revenue sequentially, with microelectronics more than overcompensating the headwinds in material processing and OEM components."

The market, however, disagreed and sold off the company's shares.

Lasers and optical components are integral parts of communications infrastructure and have applications in a host of other fields such as automated transportation as well. However, despite an apparent recovery in the sector and the ongoing deployments of 5G wireless networks, both of which are expected to benefit the laser industry, its near-term future has recently been called into question.

When it reported earnings for its June-to-August quarter, rival laser and optics specialist Ciena issued weak guidance, and its CEO Gary Smith warned that it experienced a massive slowdown in orders late in the quarter that he suggested was an industry-wide phenomenon.

Such a slowdown wouldn't have shown up in Coherent's fiscal Q3, because it ended sooner than Ciena's. While Coherent's weak Q3 performance could be chalked up to coronavirus-related issues, investors may want to wait until it delivers its fiscal Q4 report before buying in, just in case Smith's prediction turns out to be accurate.