Please ensure Javascript is enabled for purposes of website accessibility
Log In Help Join The Motley Fool
Free Article Join Over 1 Million Premium Members And Get More In-Depth Stock Guidance and Research
By Rich Duprey - Sep 9, 2020 at 11:45AM

The plant-based meat alternative has a viable path to growth, but millionaire status may be tough to achieve.

Beyond Meat (BYND 0.08%) has proven itself to be something more than a niche novelty and is developing a global presence. Analysts also remain stoked about the plant-based meat alternative's potential, with one even suggesting there's a good chance it could go on to generate over $1 billion in annual revenue.

That better than three-fold increase in sales could eventually help turn investors into millionaires, but the question that needs to be asked is: How practical is that happening?

The thesis behind the billion-dollar sales mark is that Beyond Meat continues its worldwide march, while at the same time accelerating sales in every location it's available, and bringing more new products to market.

It's possible, but it doesn't seem probable, and not necessarily through any fault of Beyond Meat's.

Entering new markets will be an achievable goal, one which the real meat alternative maker is aggressively pursuing, building new facilities in the Netherlands to better access Europe, and partnering with a Chinese company to get its products into restaurants, wholesalers, and hotels in that market.

This is a viable strategy that could help keep sales elevated. 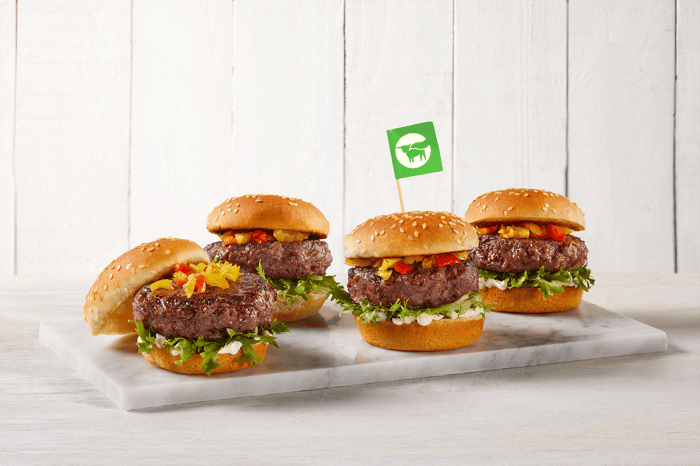 Increasing the velocity of sales at each point of distribution, however, may not be as easy. Certainly, Beyond Meat has proven adept at getting its meat alternatives into the meat cases of grocery stores, wholesale clubs, and restaurants, but boosting the amount of product people buy could prove difficult.

Anecdotally, my local Stop & Shop supermarket was selling Beyond Meat one-pound "ground beef" packages at 50% off, taking it from around $10 per pound down to around $5, suggesting it's not selling well. And while beef prices spiked early on in the pandemic as a meat shortage arose, they've come down markedly since and now trade at around the same price or lower compared to where they were a year ago, depending on cut.

That will make it difficult for Beyond Meat to maintain a premium on its products if it wants to remain competitive.

Speaking of competition, although Beyond Meat and rival Impossible Foods like to say they're not competing against one another, but rather the meat industry, their products are largely indistinguishable from one another despite being created from different ingredients. They're still going up against one another when getting into a distribution point.

Industry titans of the consumer goods market are flooding into the meat alternative space, including protein processors themselves, like Tyson Foods. The entry of large, well-financed, multinational corporations such as Nestle and ConAgra Foods will also challenge Beyond Meat's global ambitions and its ability to turn a profit.

Despite seeing revenues jump 69% in the second quarter, when its retail share of business grew to 88% as the pandemic hit the restaurant and food service industries, it still couldn't generate a profit.

Net losses were $10.2 million, wider than the $9.4 million loss it reported a year ago, and on an adjusted basis, the $2.3 million profit it notched last year turned into a $1.2 million loss this year. It may find additional constraints on profitability the bigger and faster it grows.

One area I do see holding some promise is Beyond Meat's entry into the direct-to-consumer market, following Impossible Foods' lead into the channel. It offers a path to lowering costs and expenses by bulk shipping the product and eliminating the middleman between it and the consumer.

Still, it brings into question Beyond Meat's valuation, which has always been high since its IPO last year. Even if it can return to profitability, which will not be easy with the competitive pressure it faces, and despite analysts offering blue sky paths to exponential market expansion, there remains an upper limit on just how many consumers will cross over from real meat to plant-based alternatives.

Beyond Meat looks like it has a long-term shelf life and could generate decent returns for investors with a long enough investment horizon, but I wouldn't count on it turning anyone into a millionaire anytime soon.