Please ensure Javascript is enabled for purposes of website accessibility
Log In Help Join The Motley Fool
Free Article Join Over 1 Million Premium Members And Get More In-Depth Stock Guidance and Research
By Alex Carchidi – Sep 9, 2020 at 7:04AM

The stock may not fall from its new highs anytime soon.

In mid-June, the gene-editing company CRISPR Therapeutics (CRSP 1.33%) released new and highly positive data from two small clinical trials of its CTX001 gene-editing therapy for beta thalassemia and sickle cell disease. After reporting these preliminary results, CRISPR's stock jumped, leaving it more than 40% above its price at the start of the year. Now investors are wondering if the stock will continue to expand.

In my view, the stock's substantial growth this year is a bit of an overreaction by the market. The company is still nowhere near obtaining regulatory approval to sell any of its therapies, and the scope of the recent clinical update was quite small. Nonetheless, I think it's entirely possible that people who buy CRISPR stock right now will be rewarded heartily over the next few years. In short, with this new data, the company has another key ingredient it needs to build a brand as a leading gene therapy company: emotionally moving success stories from its patients. 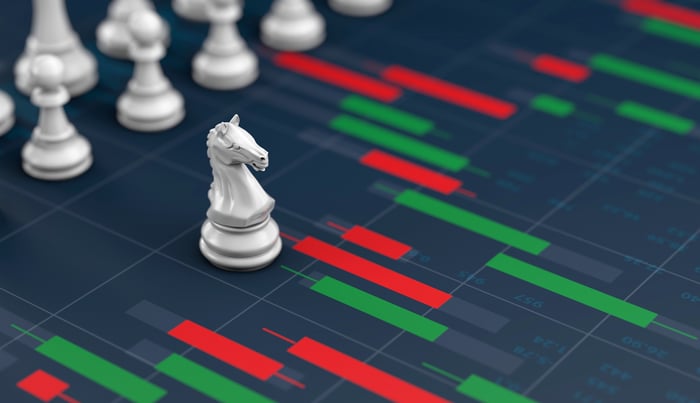 Until its latest data from the two clinical trials for CTX001, CRISPR couldn't point to any patients helped by its gene-editing therapies. Now the company has attained several critical proofs-of-concept of CTX001's efficacy, as well as its tolerability in the context of two distinct diseases.

One trial consisted of two patients with severe sickle cell disease, and the other trial included five patients with beta thalassemia. Both of these illnesses stem from incorrectly formed hemoglobin molecules, which are responsible for carrying oxygen in red blood cells. The company's therapy corrects this malfunction by editing the DNA of the immature stem cells that eventually become red blood cells. Then, when these engineered stem cells differentiate into red blood cells, they produce fully functional hemoglobin, and the patient experiences fewer symptoms.

In the case of beta thalassemia, having fewer symptoms means that patients don't need to get therapeutic infusions of packed red blood cells as frequently as they might otherwise. Impressively, CRISPR reported that after being treated with CTX001, one of the patients with beta thalassemia has been transfusion-independent for 15 months, and another has been transfusion-independent for five months and counting. Before receiving the treatment, both of these patients had needed upwards of 15 transfusions per year.

In the other trial, one of the two sickle cell disease patients had gone nearly nine months without experiencing any painful episodes caused by their illness after being treated with CTX001. In the prior year, the patient had experienced seven such episodes.

Make no mistake: For all of these patients, CTX001 was a tremendous improvement over their prior standard of care, so potential investors should be pleased. The company now has the start of a compelling legend to bolster its marketing operations and brand value. 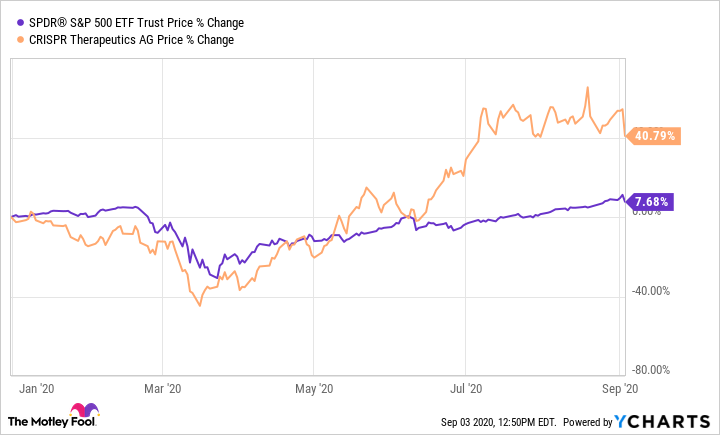 CTX001 is only the beginning for CRISPR Therapeutics

The twin CTX001 trials are still in their early phases, and neither has reached anywhere near the 45 patients the company hopes to enroll in each. Validating CTX001's safety and efficacy in a larger group of patients is inherently far more valuable than June's sneak peek, so it isn't too late for investors to buy the stock.

Nor is CTX001 CRISPR's only promising project. CRISPR's CTX110 therapy project for B-cell malignancies like lymphoma will provide an update regarding its phase 1 trial before the end of the year. Likewise, the ongoing clinical trial of CTX120, a therapy for multiple myeloma, may disclose some of its safety data. Each update is another opportunity for shareholders because positive news will make the stock expand further.

Investors should also note that the company has an entire line of other genetic engineering programs that are still in the preclinical phase of development. Some of these programs have the potential to be curative for inherited diseases like cystic fibrosis, and the company hasn't even started to conduct clinical trials yet. Thus, people who invest today may eventually benefit when these highly watched programs move into the clinic and hopefully deliver additional positive results for patients.