Please ensure Javascript is enabled for purposes of website accessibility
Log In Help Join The Motley Fool
Free Article Join Over 1 Million Premium Members And Get More In-Depth Stock Guidance and Research
By Rich Duprey – Updated Sep 10, 2020 at 10:49AM

The e-commerce giant nears a deal for a major growth opportunity.

With India becoming the linchpin for global growth for retailers and tech companies, Indian conglomerate Reliance Industries is reportedly ready to sell to Amazon (AMZN -0.77%) a 40% stake in its Reliance Retail Ventures that would be worth as much as $20 billion.

The two have been in negotiations since this summer, when it was reported Amazon was interested in a 10% piece of the business. 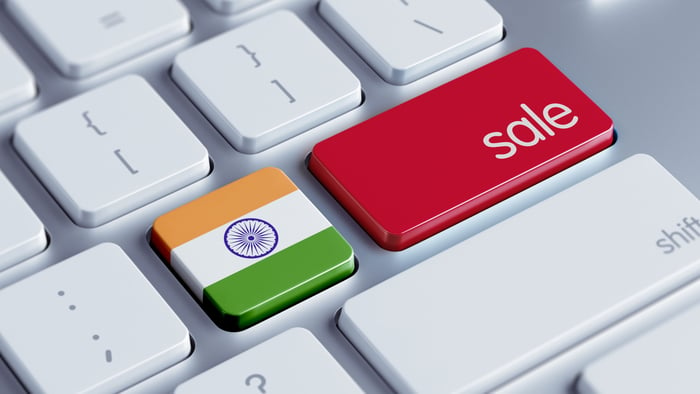 A stake in future growth

The investment would not only give Amazon a stake in one of the world's fastest-growing economies, but would also give it a partner to lean on to avoid the problems of going it alone as it tried to do in China.

Amazon has already invested billions of dollars in various Indian businesses, and committed to spending as much as $1 billion to help India's small businesses develop e-commerce platforms.

Amazon and Reliance Industries have been competing against one another to establish positions in Future Retail, India's second-largest retailer. Amazon invested over $100 million into Future Coupons, a gift card, loyalty card, and rewards card business for corporations that is owned by Future Retail. According to Bloomberg, Reliance acquired $3.4 billion worth of assets in the indebted company last month.

No agreement has be reached between the two companies, however, and a deal could still fall apart.