Should you stick with Nike's classic strengths, or take a chance on Stitch Fix's disruptive approach to apparel sales?

Nike and Stitch Fix are very different types of retailers: One is the world's top producer of athletic shoes, while the other is a pioneer in personalized online apparel sales. Should investors stick with Nike's classic strengths, or should they pay more attention to Stitch Fix's disruptive business model? 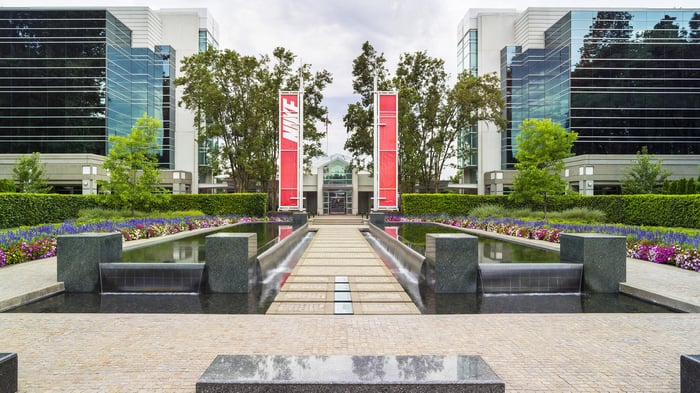 How do Nike and Stitch Fix make money?

Nike generated 95% of its revenue from its namesake brand last year. The rest mainly came from Converse, which it bought in 2003. Two-thirds of Nike's sales came from footwear products last year. Apparel sales accounted for another 31% of its sales, and the rest came from equipment sales and brand licensing fees.

Nike's core market is North America, which accounted for 41% of the brand's top line last year. Nike is still heavily dependent on third-party retailers, but it's been gradually expanding its direct-to-consumer business with online sales and new brick-and-mortar stores.

Stitch Fix is an online apparel retailer that selects its products from over 250 "established and up-and-coming" brands. It charges customers a one-time styling fee after they answer a series of questions, then sends them boxes of five curated items.

Customers pay for the items they want, then return the rest with free shipping. If they keep one item, the styling fee is deducted from the price; if they keep all five, they receive a 25% discount. The company mainly operates in the U.S., but it also launched its service in the U.K. last year.

Nike's revenue declined 4% (2% in constant currency terms) in fiscal 2020, which ended on May 31, as the COVID-19 crisis disrupted its supply chains and retail channels in the second half of the year.

Its digital sales rose throughout the crisis, but couldn't offset its declines at brick-and-mortar stores. Higher digital sales also weighed down its margins with higher fulfillment costs, which caused its full-year EPS to drop 36%.

Nike didn't provide any guidance for 2021. But during last quarter's conference call, CFO Matthew Friend said Nike started reopening stores in May, and expected a gradual stabilization worldwide as "retail reopens and each market normalizes supply and demand." It also expects to continue growing its digital presence by expanding its mobile app and e-commerce website.

However, Friend still expects Nike's revenue to decline year-over-year in the first half of 2021. Analysts expect Nike's revenue and earnings to rise 5% and 46%, respectively, for the full year, which suggests its growth will normalize in the second half. The stock's stable growth this year and its forward P/E ratio of over 50 suggest investors aren't too worried about Nike's near-term headwinds. 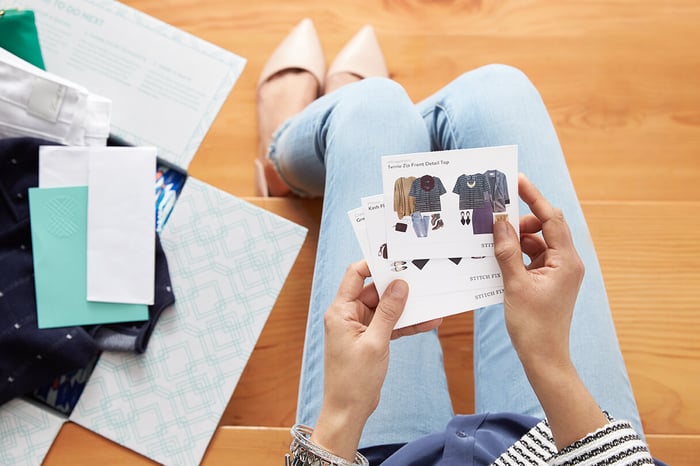 Stitch Fix's revenue rose 29% in fiscal 2019, which ended last August, and its EPS grew 6%. Its revenue rose 11% year-over-year in the first nine months of 2020, with a significant slowdown in the third quarter as the pandemic disrupted its warehouses, and it posted a net loss.

Stitch Fix also didn't provide any guidance for the full year. But during its latest conference call, COO Mike Smith noted its momentum was improving and it would likely generate positive revenue growth in the fourth quarter. Smith also predicted its gross margin would expand sequentially as it resolved some of the initial COVID-19 disruptions.

Analysts expect Stitch Fix's revenue to rise 7% this year and 16% next year, but for its earnings to stay in the red for both years. This makes Stitch Fix more difficult to value than Nike, but the stock looks fairly cheap at just 1.5 times next year's sales estimate.

Nike and Stitch Fix are both retail survivors, but Nike's dim expectations for the first half of the year and its unusually high P/E ratio are preventing me from buying the stock. Its low forward yield of 0.9% also won't offer much of a safety net if the market crashes.

Stitch Fix is a more speculative investment than Nike, but it enjoys a first mover's advantage and seems to be pulling shoppers away from traditional apparel retailers. The stock also looks cheap relative to its revenue growth, and its net loss is expected to narrow next year. It's not a perfect investment, but it's arguably a better bet than Nike and many other retail plays in this wobbly market.