Please ensure Javascript is enabled for purposes of website accessibility
Free Article Join Over 1 Million Premium Members And Get More In-Depth Stock Guidance and Research
By Billy Duberstein - Sep 12, 2020 at 7:35AM

These stocks and ETFs are popular on Fidelity right now but don't crack the Top 100 on Robinhood.

Robinhood's no-commission policy, slick user interface, and transparency about what investors are trading have made the online broker a hit this year. But the platform has also become a target of criticism, with some characterizing the platform as a haven for speculative, ill-informed trading, rather than the mature, long-term investing we endorse here at the Fool.

However, when looking at the most-traded stocks on Fidelity, an older and more "mature" trading platform than Robinhood, it appears there's plenty of speculative risk appetite to go around.

Could Robinhood traders learn from the popular names trading on Fidelity, or are Fidelity's hottest stocks too dangerous for novice investors? Here are several hot stocks and ETFs that appear among the most popular 30 trades on Fidelity but don't crack Robinhood's Top 100. 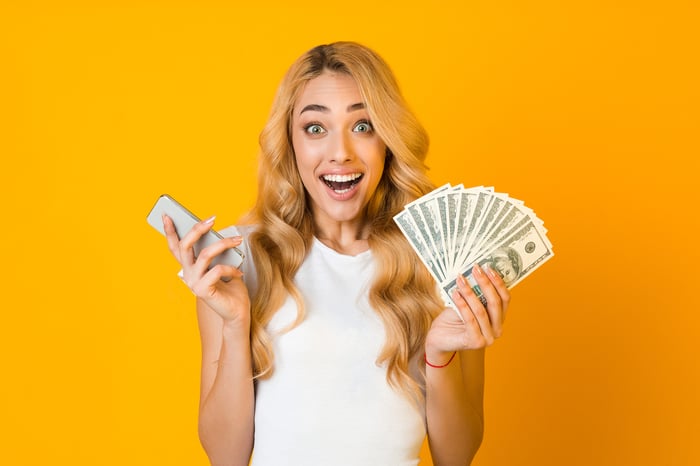 Can Robinhood traders learn from the most popular stocks on Fidelity? Image source: Getty Images.

If you look at the top 100 stocks on Robinhood, you'll find many household names benefiting from the stay-at-home economy, including technology, video game, and vaccine-oriented biotechnology stocks. However, Robinhooders are missing out on another stay-at-home trend that's popular on Fidelity right now: home furnishing. Overstock.com ( OSTK 3.79% ), which has skyrocketed a whopping 877% this year, is getting a lot of attention on Fidelity at the moment. 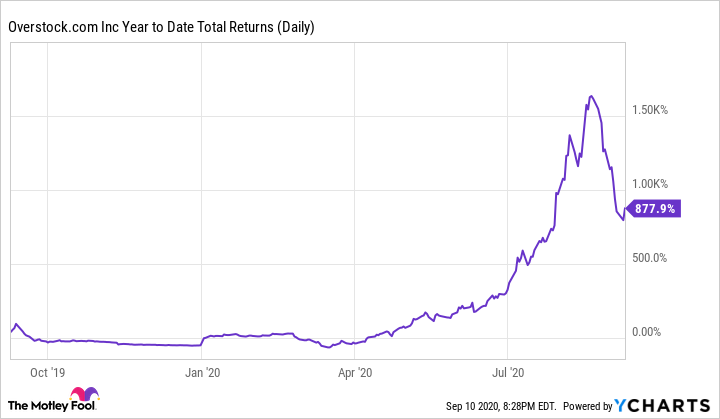 Overstock is a killer combination for these strange times. Its main furniture and home goods e-commerce business is thriving in this COVID-19 environment, while its much smaller blockchain trading platforms, Medici and tZERO, are showing high growth rates, albeit off a smaller base. Overstock surged this week on news that the Financial Industry Regulatory Authority approved tZERO Markets to become a retail broker-dealer.

Furniture-retailing peer RH ( RH 2.46% ) was also a popular stock on Fidelity this week, as this premium home-furnishing retailer skyrocketed over 20% the day after its second-quarter earnings release on Sept. 9. Better-than-expected demand from consumers furnishing their homes and good cost controls led to 30% profit growth and a stunning 100% free cash flow growth.

Other popular Fidelity stocks this week included newer, smaller mid-cap tech stocks reporting earnings, including BigCommerce ( BIGC 1.63% ) and CrowdStrike ( CRWD 4.94% ). BigCommerce was a red-hot IPO that quadrupled within two days of trading after its debut last month. BigCommerce is thought to compete with Shopify, which has been a massive winner for investors this year and over the past five years.

Nevertheless, BigCommerce is much, much smaller, and also growing at a slower rate. It appears the stock may have moved too far too fast, as it pulled back over 9% the day after earnings despite reporting better-than-expected revenue and profits.

Meanwhile, CrowdStrike, a cybersecurity disruptor that went public in June 2019, also pulled back slightly, even though it reported fantastic earnings on Sept. 2. Like BigCommerce, CrowdStrike had a massive run-up leading up to its earnings report and is still up 157% on the year. 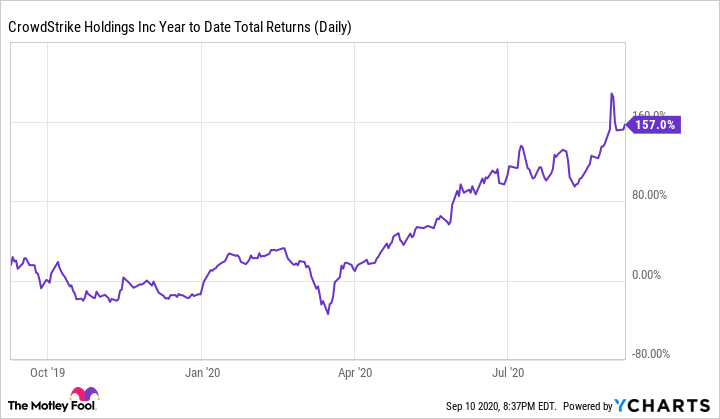 Both BigCommerce and Crowdstrike trade at price-to-sales ratios over 40, which is very expensive. However, both stocks have big potential that's tempting Fidelity investors right now. 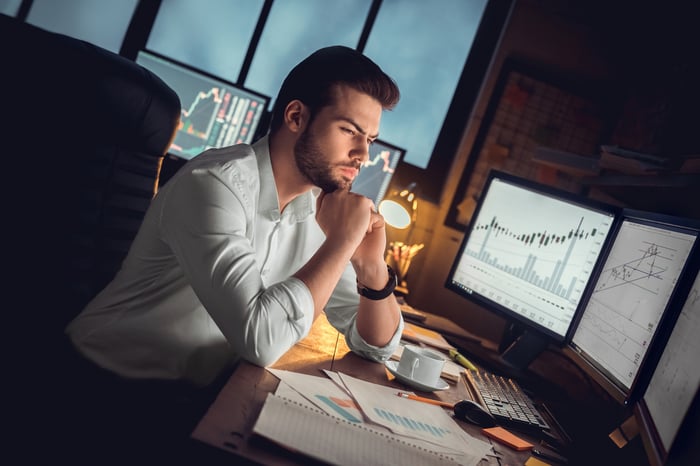 While many of the top Robinhood stocks are large, well-known FAANG stocks, it appears that Fidelity investors are buying and selling the Invesco QQQ Trust ( QQQ 3.01% ), a popular tech-related exchange-traded fund that aims to mimic the tech-heavy Nasdaq 100.

The triple-leveraged UltraPro QQQ ( TQQQ 9.02% ) and the triple short-leveraged UltraPro Short QQQ ( SQQQ -9.16% ) are also extremely popular on Fidelity. The former offers a way for investors to get three times the daily returns of the QQQ, while the latter provides the inverse (three times short exposure to the QQQ).

While ETFs can provide diversified, tax-efficient exposure to a particular sector or index, Fidelity investors appear to be making leveraged bets, which is risky. For instance, while the QQQ fell about 28% in the March swoon, the TQQQ fell a staggering 70% or so. Meanwhile, the SQQQ is down 72% on the year, as the Nasdaq has rallied in the wake of the pandemic. Robinhooders new to trading should stay far from leveraged ETFs like these.

Are Robinhood traders missing out?

Clearly, Fidelity traders have benefited from playing the earnings of RH and the news in Overstock, and I'm also personally bullish on CrowdStrike. All in all, Fidelity traders appear to be focusing on arguably lesser-known mid-cap stocks that will also benefit from the same digital trends fueling the rallies in large and popular tech stocks on Robinhood.

Since the popular Fidelity stocks are smaller, their upsides are much bigger. But with these potential upsides come higher risk and downside potential, as well.

Speaking of upsides and downsides, leveraged bets on the QQQ and volatility indexes also indicate that Fidelity traders have lots of risk appetite -- probably more than is appropriate for new investors. I was surprised to find Fidelity traders seemingly making riskier, higher-stakes bets than Robinhood traders, at least outside of speculative vaccine plays that are popular on Robinhood.

Thus, it appears that fear and greed aren't relegated to any particular trading platform, but might instead be common investor traits.