Please ensure Javascript is enabled for purposes of website accessibility
Log In Help Join The Motley Fool
Free Article Join Over 1 Million Premium Members And Get More In-Depth Stock Guidance and Research
By Will Ebiefung – Updated Sep 14, 2020 at 11:58AM

Long-term investing is the key to sustainable returns in the stock market.

The stock market can be a very stressful place to put your money -- especially in times of increased volatility and economic uncertainty related to the coronavirus pandemic and economic recession. But investors can sleep easier by investing in blue-chip companies that enjoy long-term growth drivers and leadership positions in their industries. Alibaba (BABA -1.32%), a dominant Chinese e-commerce platform at the beginning stages of monetizing its cloud computing business, and Walmart (WMT -0.27%), a retail giant with a convincing pivot to e-commerce, both earn a spot in Robinhood's Top 100. And both look poised to outperform over the long haul, because they're well-positioned to compete for market share in an increasingly digital global economy. 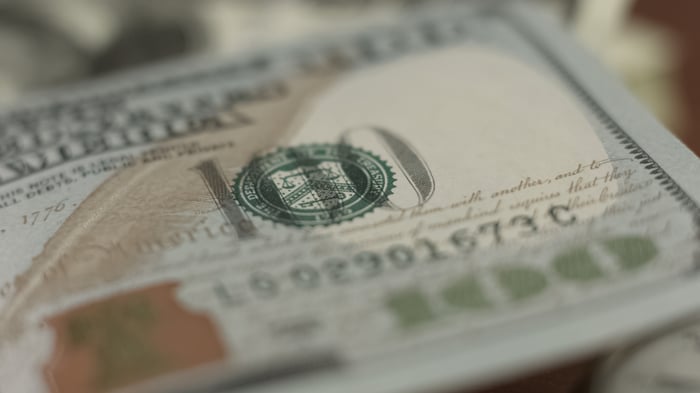 1. Alibaba: The Amazon of China

As the largest U.S-listed Chinese equity, Alibaba Group offers investors exposure to the lucrative Chinese market at an affordable multiple of 29 times earnings -- which is low compared to peers like Amazon which trades at PE around 122. The market could be giving Alibaba a lower valuation because of the higher perceived risk of Chinese equities, which are not held to the same strict reporting standards as their U.S. counterparts. But great risk sometimes accompanies great reward.

Chinese stocks remain a compelling bet for risk-tolerant investors, despite the current uncertainty about their listing requirements. China is currently the second-largest economy in the world, and could eventually overtake the United States because of its breakneck GDP growth rate, which clocked a respectable 6.1% in 2019. The Asian nation remains a good long-term bet (despite near term challenges related to the coronavirus pandemic and geopolitical tensions) because of its increasingly consumer-driven economy and its structural advantages in researching artificial intelligence and AI-based technology.

Alibaba reported fiscal first-quarter earnings on Aug. 20, and the results demonstrate impressive resilience in this tough economic environment. Total revenue grew by 34% to 153,751 million RMB ($21.76 billion) based on strong performance in the company's core commerce operations, which represented 87% of sales in the period.

Like Amazon, Alibaba also runs a cloud computing segment that offers AI, along with an integrated suite of cloud-based products and services. With a market share of 6% (as of the second quarter of 2020), Alibaba's cloud computing platform isn't as large or profitable as its U.S-based rivals (Amazon's AWS has a 33% market share while Microsoft's Azure has an 18% market share). But Alibaba's management has a clear opportunity to create value for shareholders by taking advantage of China's massive population and its accompanying ocean of data, which could be a long-term advantage in this cutting-edge field.

It's been a long time coming, but Walmart is finally getting serious about e-commerce. The company is a challenger to Amazon's online monopoly because of its logistics advantage and trusted blue-chip brand. Walmart is the the biggest retailer in the world. The supermarket chain has been around since 1962, and it's widely known for its quality products and affordable prices.

As Amazon's third-party marketplace becomes increasingly flooded with low-quality and fake merchandise, and Walmart can use its greater control over the quality of its products as a competitive advantage. Unlike Amazon, Walmart takes possession of all its inventory before selling it to the consumer, allowing Walmart to ensure that its merchandise is the genuine article. Amazon's third-party platform simply connects buyers and sellers, using often unreliable feedback mechanisms that sellers can manipulate with fake reviews.

Walmart reported fiscal second-quarter earnings on Aug. 18, and the results show the increasing importance of digital sales to the company's operations. Total revenue jumped 5.6% to $137.7 billion, thanks in part to lingering effects of the coronavirus pandemic and fiscal stimulus, which put cash in people's pockets to help them buy food and other necessities. Walmart's U.S. division saw its comparable sales jump 9.3%, with e-commerce growing 97% to make up around two-thirds of segment comp growth, according to CEO Brett Biggs in the company's second-quarter earnings call.

Walmart's brick-and-mortar grocery business has matured, and its total revenue has tallied a compound annual growth rate of just 1.5% over the last five fiscal years. However, Walmart's pivot to the faster-growing retail e-commerce market (projected to expand at a CAGR of 6.2% until 2024 in the U.S.) could power its next leg of expansion. Walmart can drive continued growth in its e-commerce business with the rollout of Walmart+, a subscription service that offers unlimited free delivery on more than 160,000 items with in-store prices. The company has also partnered with Flytrex to launch a pilot program to test using drones to deliver household essentials.

Alibaba is a bet on China's robust consumer market and cloud computing.Walmart is a trusted American retailer that can improve its top-line growth rate by pivoting to e-commerce -- a business where it has substantial competitive advantages because of its first-party business model and trusted brand.

Both companies are great picks for investors who are looking for a stock they can hold for a decade or longer, but Alibaba is more suitable for investors with a higher risk tolerance (because of uncertainty about Chinese equity reporting requirements), while Walmart is a better pick for investors who value safety over rapid top-line growth.