Please ensure Javascript is enabled for purposes of website accessibility
Log In Help Join The Motley Fool
Free Article Join Over 1 Million Premium Members And Get More In-Depth Stock Guidance and Research
By Dan Caplinger – Sep 15, 2020 at 10:38AM

The tech-heavy index is bouncing back from recent weakness.

Many investors have been worried about the Nasdaq Composite (^IXIC) lately. The index has taken a leadership role during 2020's huge rebound from the coronavirus bear market, but its steep decline in early September made some believe that the best of times for the Nasdaq were now behind it.

However, this week has been a strong one for the Nasdaq, and Tuesday's early action kept that upward momentum. The Nasdaq gained more than 1% in early trading Tuesday, and helping to lead that charge was new enthusiasm about drugmaker Marinus Pharmaceuticals (MRNS 3.23%). The positive sentiment wasn't enough to lift shares of Nikola (NKLA 1.73%), though, as the electric vehicle company continues to deal with issues raised by a short-selling investor in a recent report.

Shares of Nikola dropped 5% early Tuesday as investors continued to wrestle with criticism of the electric truck company. The latest shoe to drop has expanded worries for shareholders by potentially getting the U.S. Securities and Exchange Commission more involved in Nikola's debate with short-seller Hindenburg Research. 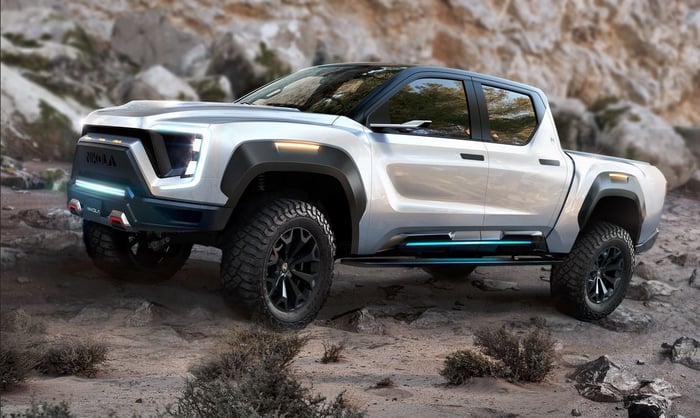 Hindenburg fired the first shots late last week, making allegations of fraud against Nikola. The gist of Hindenburg's argument was that Nikola hasn't made as much progress toward developing its electric trucks or its battery and fuel cell technology as it claimed.

Nikola's reply cited the numerous rounds of due diligence that outside investors have done, including the special purpose acquisition company that brought Nikola public and new partner General Motors (GM 0.94%). A GM statement confirming its due diligence helped lift shares of the electric truck specialist Monday.

Now, though, the SEC is looking into allegations from Hindenburg that Nikola might have violated securities laws. Reports suggest that the look doesn't yet amount to a formal investigation. But Nikola investors have to wonder whether all the drama is worth it -- and some are voting with their feet.

Marinus gets a win

On the other hand, Marinus Pharmaceuticals saw its stock soar, climbing more than 75%. The drug company announced positive results from a key candidate treatment for treating a rare form of seizures.

The drug, ganaxolone, met its primary endpoint in a phase 3 trial in treating a disease called CDKL5 Deficiency Disorder, a rare form of genetic epilepsy. Specifically, patients taking ganaxolone saw the number of major seizures they suffered drop by nearly a third, compared to just a 4% decline for the control group. The drug's safety profile was also reasonably favorable, with the primary side effect being drowsiness.

Marinus hopes to submit a New Drug Application for U.S. Food and Drug Administration (FDA) approval by the middle of 2021. If all goes well, that could lead to a commercial launch in the first half of 2022.

Marinus shareholders have waited a long time for the company to come out with a successful commercial product, and they've been disappointed before. However, bullish investors believe this could be Marinus' time to shine, and they hope the pharmaceutical stock can deliver with ganaxolone.