The move should increase GM's flexibility while reducing costs.

General Motors (GM 4.03%) said that it plans to produce a family of interchangeable electric-vehicle drive components suited for many different vehicle types, adding scale and efficiency to its effort to transition to a fully electric product portfolio.

The move follows GM's announcement in March that it will produce highly flexible battery packs for its upcoming electric vehicles under the "Ultium" brand. Taking the branding one step further, GM said today that its new family of five drive units and three motors will be referred to as "Ultium Drive."

The idea is that GM will mix and match its own electric motors and single-speed transmissions with the Ultium batteries to produce power for vehicles ranging from tiny commuter vehicles to big pickup trucks and SUVs. 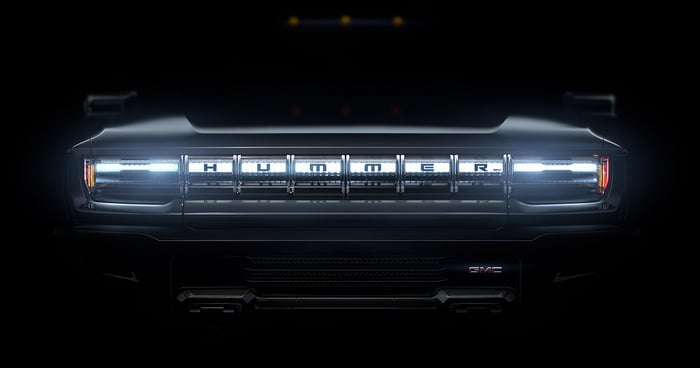 "GM has built transmissions for many notable automakers," Morris said. "Making motors, transmissions, driveline components and systems are among GM's best-known competencies, and our manufacturing expertise is proving not only transferable but advantageous as we make the transition to EVs."

GM said last week that its Ultium battery packs will use an "almost completely wireless" battery-management system, developed by GM with Analog Devices (ADI 0.05%). As with the Ultium Drive components, the wireless system can be adapted quickly to many different vehicle types, adding to GM's economies of scale and reducing the time it needs to bring new electric-vehicle models to market.

The Ultium Drive family will be used in front-wheel drive, rear-wheel drive, and all-wheel drive vehicles, including high-performance and off-road models.

GM is expected to launch its first Ultium-powered models next year.