Please ensure Javascript is enabled for purposes of website accessibility
Log In Help Join The Motley Fool
Free Article Join Over 1 Million Premium Members And Get More In-Depth Stock Guidance and Research
By Jon Quast – Sep 17, 2020 at 9:30AM

One stock may give you value, but the other offers value and growth.

On the surface, Starbucks (SBUX) and Dunkin' Brands (DNKN) look like very similar businesses. Both sell popular coffee beverages and have a variety of food options on the menu. But just one of these stocks has clear market-beating potential: Starbucks.

The coronavirus pandemic made business difficult for both companies, and I make no prediction on the individual recovery efforts over the short term. But long term, stock price tends to correlate with revenue and bottom-line growth. And when it comes to growth, Starbucks simply has bigger opportunities than Dunkin'. 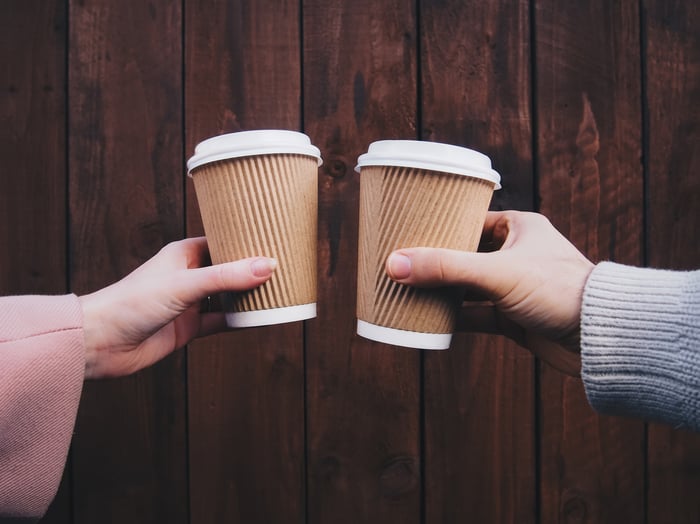 A quick look at Dunkin'

If you need confirmation that the worst of the coronavirus is past for Dunkin', look no further than the company's dividend. Management suspended the quarterly payout earlier this year, preserving liquidity in the face of economic uncertainty. But with the results for the second quarter of 2020, management announced the dividend has been reinstated, a vote of confidence in the recovery of the business.

Dunkin' is closing at least 800 underperforming locations this year. But even during the years that it expands with new locations, revenue growth is lackluster. That's because Dunkin' is a franchised business and generates revenue from sources like fees and rental payments, not sales. Annual revenue growth has been less than 4% over the last three years.

What Dunkin' does do well as a franchised business is grow its earnings per share. The coronavirus makes 2020 an unfair basis for comparison. But from 2015 through 2019, the company grew diluted EPS 168%. This has allowed it to regularly grow its dividend payout, and it's up more than 50% over the last five years.

But since growth is lackluster, growth investors aren't attracted to Dunkin stock. Dividend investors, however, appear to like it. The stock has appreciated roughly in line with its dividend growth, keeping the yield steady around 2%. Therefore, I believe it's likely this historical trend will continue.

Dunkin' has been raising its dividend less than 10% annually. That growth might not be enough to beat the market, which is why I don't think the stock is a buy. 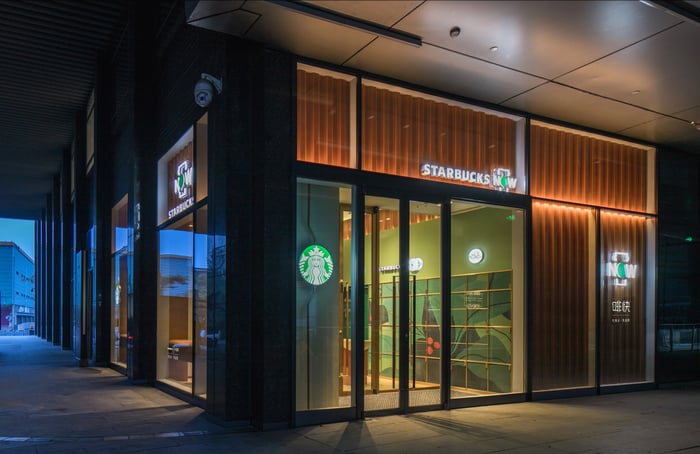 The Starbucks opportunity in China alone

Much could be made of Starbucks, but let's just consider its growth story in China. The company already has 4,400 locations there, which were hammered by the coronavirus. In February, comparable-store sales were down 78% year over year. But new data shows how temporary this sales decline was. During a presentation Sept. 15 at the J.P. Morgan Gaming, Lodging, Restaurant & Leisure Forum, Starbucks' CFO said comps were flat in August. Put another way, sales in China have recovered.

Starbucks has added over 300 net new locations in the country in fiscal 2020 as of its third quarter, despite the coronavirus headwinds. And it plans to add around 200 more before the end of its fourth quarter, which will bring total locations in China to around 4,600, all company owned. That last part is important, because company-owned stores contribute to greater revenue growth than the licensed-store model.

I believe there's room for thousands more. Consider there are nearly 10,000 company-owned Starbucks locations between the U.S. and Canada, and nearly 7,000 more licensed locations, yet the countries' combined population is a fraction of China's. The chain may never dot the Chinese landscape as thickly as in North America, but this wide gap in store count suggests strong growth opportunity.

Furthermore, Starbucks' expansion in China is getting a promising twist. The company has 10 Starbucks Now locations, designed exclusively for mobile ordering, takeout, and delivery. This lean, high-volume operating model seems to resonate with Chinese consumers, and will be a major part of future development in the country.

To accelerate the adoption of the Starbucks Now model, the company has teamed up with Chinese conglomerate Alibaba. Through Alibaba's family of apps (which boast more than 1 billion users, according to Starbucks), people can pre-order and pay for Starbucks products -- no need to download the specific Starbucks Now app. This certainly sounds like it could reduce friction and boost widespread adoption.

In short, Starbucks is pursuing something special in China that appears to be laying a strong foundation for success.

To seal the deal, let's briefly look at the valuation of Dunkin' and Starbucks stocks.

Despite superior growth prospects, Starbucks stock trades at a small premium to Dunkin' based on a forward price-to-earnings ratio. And the forward dividend yield is comparable. Therefore, investors aren't being asked to make a choice between growth and value. Starbucks offers both and is the better buy.