Apple (AAPL 1.37%) has been under intense antitrust scrutiny regarding the App Store, with CEO Tim Cook testifying virtually in front of Congress over the summer. One particularly contentious issue has been a deal that the Mac maker cut with Amazon (AMZN 3.04%) years ago, in which Apple agreed to a smaller 15% cut of digital sales in the Prime Video app in exchange for getting that app on the App Store. Cook testified that any developer "meeting the conditions" could receive similar treatment, which prompted news publishers to ask how they could get that sweetheart deal. 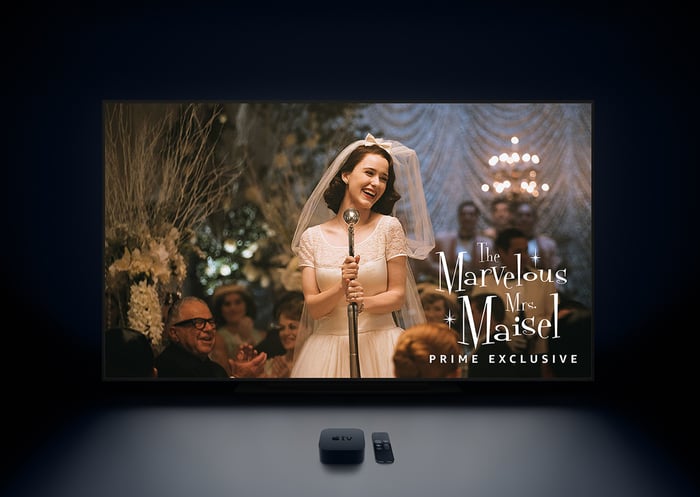 130 video apps get a lower cut

The Cupertino tech company had already confirmed the existence of the Video Partner program earlier this year, calling it an "established program" even though no one had ever heard of it before publicly. Participating apps are able to bypass the App Store's commission, allowing customers to make direct payments to the third-party provider using existing payment methods.

Cook notes that the negotiations with Amazon and other video-streaming services were "difficult and challenging on a number of levels," but Apple created a "set of standard terms" for premium video providers. The main requirement is deep integration with Apple TV:

The Video Partner Program allows third-party premium video apps to integrate with a variety of Apple services and features that enhance the consumer experience of watching premium subscription video entertainment on Apple TV and tvOS, and across their other devices. Today, there are over 130 apps that participate in this program. The reduced 15% commission is available to all developers offering premium video content on the same terms as Amazon Prime Video, with the same qualification criteria.

Premium subscription video entertainment providers earn a lower commission if they agree to integrate their apps with Apple TV.

The rules, they are a-changin'

Unfortunately for news publishers or mobile game makers, the program is only available for premium subscription video on demand (SVOD) services. Implementing a direct payment system that skirts the App Store is the crux of Apple's battle with Fortnite maker Epic Games, which enabled a similar system in the wildly popular battle royale game last month and kicked off a legal war.

Over time, Apple has carved out various categories of apps, which has only fed criticisms that the rules seem arbitrary and inconsistent. "Apple has introduced new rules that allow developers to avoid or reduce transactions that are subject to a commission, rules like the Reader Rule and the Multi-Platform Rule," Cook wrote.

Those rules refer to apps that provide access to subscription content or operate across multiple platforms; the multiplatform rule also stipulates that any digital purchases offered also be available as in-app purchases in the App Store. News apps do qualify as "reader" apps, but those apps are still required to offer in-app subscriptions subject to the standard 30% cut, which falls to 15% after the first year.

More recently, Apple tweaked its rules yet again a week ago, allowing cloud gaming services that it had initially blocked following overwhelming backlash from consumers -- which could attract even more unwanted attention from regulators and lawmakers.