Instead, I watch these three things. It's made a world of difference.

Imagine you're going to buy something new: a bike, a car, a house. No matter what it is, one question bound to cross your mind is, "How much will this cost me?"

For most investors (especially beginning investors), it's no different. Whether it's the actual price of a share, or a valuation metric like price to earnings (P/E) or price to sales (P/S), everyone has to consider valuation...right?

On the surface, it seems obvious. But the longer I've been investing, the less attention I give valuation. In fact, these days, I spend zero time on valuation. Below, I'll explain why that is, how I can still feel comfortable making good stock picks, and why I don't think my approach will lead to a dot-com-esque outcome. 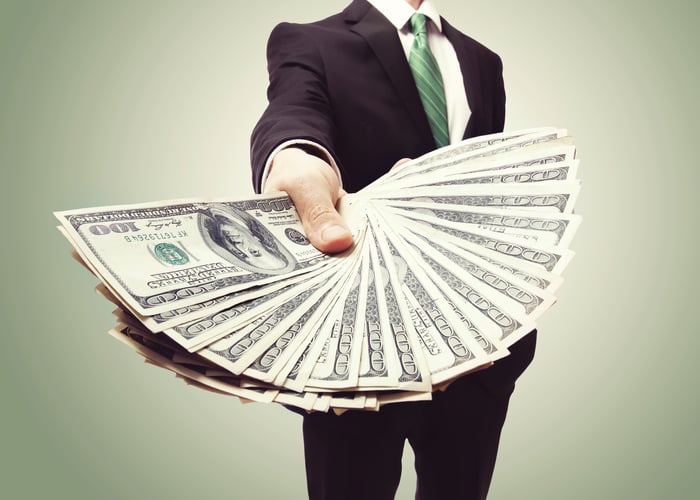 First, the assumptions crucial to this approach

Few books have affected my thinking -- in investing and life -- more than Nassim Taleb's Antifragile: Things That Gain From Disorder. It lays bare a simple truth that few seem willing to accept: that the future is completely unknowable.

We often take present circumstances and create a narrative projecting into the future. But that's just an illusion. The emergence of the coronavirus is a golden example. (Where in your New Year's resolutions did you talk about the virus?)

Once we accept that any narrative we attach to a company is illusory, we can change our approach to investing. Accepting this and choosing a different approach has helped my family's investments more than quadruple the market over the past decade. It can be broken into three broad categories I look at before making any investment:

You'll notice that there's absolutely nothing in there about valuation. But here's the rub: There are many companies scoring very poorly on these three variables that are also "expensive" in the traditional sense. Those stocks never land on my radar because they aren't "anti-fragile." Believe it or not, that eliminates most companies out there.

A track record to prove it

Over the past five years, I've twice written about why I would not own a stock on valuation grounds alone. Both stocks -- IPG Photonics and Zoom Video Communications -- scored well on my framework. I just thought they were too expensive. Both times, I was very, very wrong.

And if I go back and look at my most successful investments, almost all of them were initiated when conventional wisdom would say "These stocks are too expensive." To add some perspective, the S&P 500 has historically traded for about 15 times earnings (P/E) and 1.5 times sales (P/S).

Here's a look at my top 10 holdings and how they've done, despite those "expensive" price tags:

Data source: Author's records, YCharts. Absolute and relative returns rounded to the nearest tens. N/A = Not applicable due to lack of earnings.

The P/E column shows that half of the time, these companies hadn't produced a profit on paper. In absolutely no cases had the stock been trading for below the historical P/E or P/S averages for the S&P 500. And yet every single one has absolutely crushed the market.

What we can learn from this

Some might say: "Look at the dot-com bust. You might end up like that." It's true that tech investments made in 2000 played out very poorly. But it's also true that almost none of the tech companies in 2000 would have qualified as anti-fragile. There were few visible moats and very little cash flows. I think focusing on the businesses -- and not the stock prices -- would have helped me avoid the worst investments.

The bottom line is this: In my investing life, valuation has been much more noise than signal. By focusing on moats, optionality, balance sheets, cash flows, and the softer variables, I've isolated the variables that matter to me. They may not matter to you, and that's OK: Everyone needs to find a system that fits their personality.

All too often, we don't offer up examples that eschew value in favor of other variables. I hope by putting this out there, some investors might see there's a way to make money investing without getting hung up on valuation.

My Biggest Investing Mistake -- and How You Can Avoid It