The in-home exercise company is gearing up for a big growth push.

Peloton Interactive (PTON 8.48%) has enjoyed surging demand as the coronavirus pandemic has prompted a boom for in-home exercise equipment. In the quarter that ended June 30, revenue soared 172% year over year to reach $607.1 million, and the company closed out the period with 3.1 million members -- up from a user base of 1.4 million in the prior-year period.

Impressive sales momentum and a business model that looks perfectly situated for the era of social distancing have translated into stellar stock performance. And the exercise innovator recently made moves that could spur more big gains for its share price. 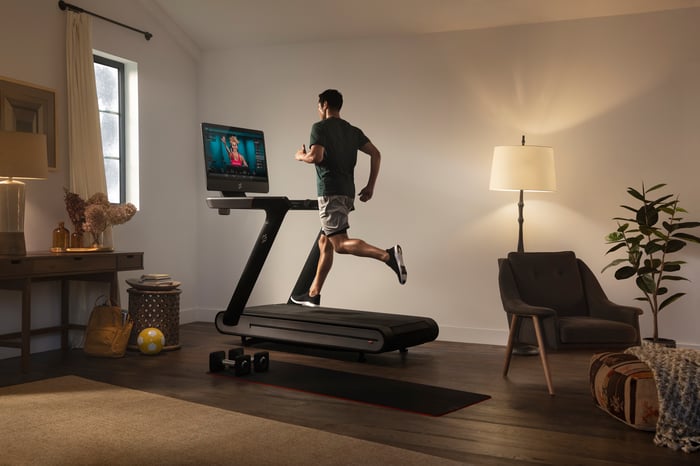 Getting aggressive about expanding its user base

Peloton recently announced it will be reducing prices for its core bike line from $2,195 to $1,895, or roughly 15%. The company also announced the Peloton Bike+, which costs $2,495 and includes a larger screen, improved speakers, and resistance levels that adapt automatically to workout programs. The company is also rolling out a new treadmill that's significantly less expensive than its current model -- while the existing Tread+ model costs $4,295, the upcoming Tread model will debut at $2,495. The Bike+ launched Sept. 9, and the Tread will debut late this year in the U.K. and next year in the U.S., Canada, and Germany.

While reducing the price of its base exercise bike and introducing a new premium bike will likely be catalysts for the company, it's the Tread that has the biggest potential to drive growth. It will put the company in much better position to grow its business in the category, and should pave the way for growth in high-margin subscription sales. While hardware is a core part of Peloton's business, its subscription-based content is a big part of the company's growth story and what makes the stock intriguing.

Introducing a lower-cost of treadmill will result in lower gross margins in the near term, but it could be hugely beneficial by boosting gross margins over time. The company's subscription content has its best gross margins by far (56.8% last quarter), so bringing new subscribers on board through less-expensive hardware has the potential for huge long-term earnings growth.

Peloton stock has already put up a stellar performance in 2020, with shares more than tripling for the year so far. The company has been growing sales at a rapid clip, but big gains in share price raise important valuation questions. 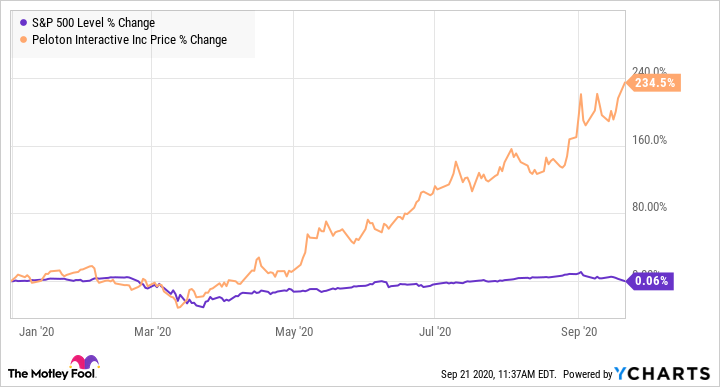 The stock now trades at roughly 7.5 times expected sales for fiscal 2021 (which began July 1) and more than 300 times expected earnings. That would be an outrageously growth-dependent valuation for an exercise hardware company, but that's where the importance of the subscription service offerings and broadening its member base comes in.

Paid subscribers for the company's digital subscriptions rose 210% year over year in the quarter to reach 316,800 paid members, and it looks like more big growth is on the way. So far, the company is seeing impressive member retention for its subscription content platform: The average net monthly connected-fitness churn rate was just 0.52% in the fourth quarter and 0.62% in the last fiscal year.

If Peloton keeps adding subscribers at a healthy clip and retains them at a high rate (management expects churn of less than 1% this year), its current valuation leaves plenty of upside. The company is commendably making its products more accessible, and while that will result in a near-term contraction for margins, it will likely play a big role in landing new customers, paving the way for more explosive sales and earnings growth over the long haul.